Gail, so much part of many of our bloggers group’s comment boxes sneaked in after a long break. I hope that she will do this more often.

“Rummy, I like this new picture of you. That beard has character!” 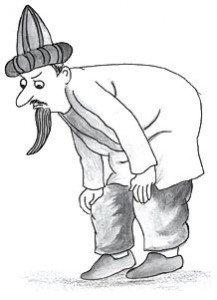 Thank you Gail. You have made my day. I hope that you enjoy reading this post on the weekly Friday Loose Bloggers Consortium where eleven of us write on the same topic. Today’s topic has been chosen by Grannymar.. The ten other bloggers who write regularly are, in alphabetical order, Delirious, gaelikaa, Grannymar, Maxi, Maria SF, Padmum, Paul, Shackman, The Old Fossil and Will. Do drop in on their blogs and see what their take is on this week’s topic. Since some of them may post late, do give some allowance for that too!

Grannymar who has brought this topic to the LBC today should be able to say a few things about how she got stuck with her monicker. To the best of my knowledge she is not a grand mother. Very intriguing is it not?

I have written three posts on this subject earlier and I don’t find it difficult to write again something new. The first one was way back in June 2008. It was followed by one in November 2010 and the last one was in November 2011 where I discovered that a rose has been named after me. I strongly recommend that my readers read all the three to see three completely different approaches to the topic. And to add to the list here is the fourth one!

“Humanity at large is almost always drawn to the infantile comfort of having an external authority make all the decisions.”

And among all the external authorities that one is forced to live with, one’s name having been chosen by someone else is the most cruel. One simply goes through a lifetime being called something that someone else thought most appropriate. How many people do you know who think that their names are most inappropriate? In India, every newspaper, every day, publishes a number of advertisements in the personal columns announcing the change of names as a prerequisite to officially getting the new name registered for all legal purposes.

“Until I was thirteen, I thought my name was SHUT UP.”

On the other hand, one gets flattered when someone decides to name someone or something after oneself till something like this happens.

“I had a rose named after me and I was very flattered. But I was not pleased to read the description in the catalogue: – ‘No good in a bed, but fine against a wall.’ ”

Some names simply live with us for ever and remind us of something or the other like Popeye The Sailor. Spinach and Popeye go together like bacon and eggs or chhole and bhature. So, someone with big forearms gets saddled with the name of Spinach if he objects to being called Popeye, or someone with big eyes gets to be called Popeye first and then naturally becomes Spinach if he is in English speaking circles or Palak if he is among us deshis.

But the perversity of the whole Popeye naming is that the association with iron content in spinach came about because Erich von Wolf, a German chemist, examined the amount of iron within spinach, among many other green vegetables. In recording his findings, von Wolf accidentally misplaced a decimal point when transcribing data from his notebook, changing the iron content in spinach by an order of magnitude. While there are actually only 3.5 milligrams of iron in a 100-gram serving of spinach, the accepted fact became 35 milligrams. To put this in perspective, if the calculation was correct each 100-gram serving would be like eating a small piece of a paper clip.

“Once this incorrect number was printed, spinach’s nutritional value became legendary. So when Popeye was created, studio ex–ecutives recommended he eat spinach for his strength, due to its vaunted health properties. Apparently Popeye helped increase
American consumption of spinach by a third!

Now, that is what I call obfuscation. Start with one topic and end up with a totally unrelated one. So, those of you so inclined may like to give me a new name to add to the very many that I am already saddled with.

Reading my post Change Your Mood, a friend sent this video clip to me. I immediately and irrevocably fell in love with this lady.

I believe that the tune that she is dancing to is The Dancing Queen by Abba. 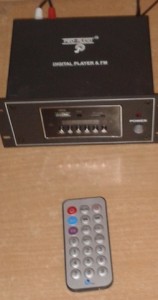 My friend Ramesh comes from a family of merchants who have specialised in music systems starting from pre war days with Grundig radios that used to be imported into India. Ramesh’s nephew Ajit, now runs a flourishing business in the center of Lamington Road in Mumbai.

When I remembered my murgi Ramesh’s background, I simply rang him up to seek help. He put me in touch with his nephew Ajit and before I know what happened, Ajit handed over a tuner with a remote control device to Ramesh who had gone to Mumbai for a visit and it is now functioning well as a stand alone sound system next to where I sit and read my newspapers and solve crossword puzzles.

This unit is not only a tuner, it can accommodate a pen-drive storage device as well as an USB port for connecting to the computer. All in all a much more versatile unit than what I had wanted.

Moral of the story, survey existing resources thoroughly before looking for new solutions. At 6.00 am this morning I walked into the kitchen to make the morning tea to find some dishes all washed and kept away in the drying rack. I opened the refrigerator to check if what I thought had happened last night was right and I found the refrigerator empty. Ranjan had come home for dinner, polished off all the left overs and had washed up all the dishes.

I whooped in joy, did a jig, a sight you would have loved to see in my lungi and set about my chores in a much more cheerful frame of mind than I had been when I had walked into the kitchen.

The background to that little piece about the left overs. We had a big lunch party at home on Sunday for which I had arranged outside catering. Some expected guests did not turn up and food was left over. Very tempting but high calorie stuff that while Ranjan could have with impunity, I better stay away from. That is why I was so happy.

I then boot up my computer to check my mail and find that my frind Megh has shared this piece of very sound advise. When I read it I was smiling all the way because, I do all the nine things all the time.