I thank Padmum for this gem.

I hope that you enjoy reading this post on the weekly Friday Loose Bloggers Consortium where eleven of us write on the same topic. Today’s topic has been chosen by Padmum. The ten other bloggers who write regularly are, in alphabetical order, Delirious, gaelikaa, Grannymar, Maxi, Maria SF, Padmum, Paul, Rohit,Shackman, The Old Fossil and Will. Do drop in on their blogs and see what their take is on this week’s topic. Since some of them may post late, do give some allowance for that too!

Indians are funny when it comes to shopping. I don’t mean that they are funny when it comes to day to day purchases made for the home like grocery, vegetables etc. I mean when they have to buy slow moving consumer items like white goods, clothes, jewelry etc. We have special auspicious days spread over the year to buy most of these things and so merchants have significant swings in their inventory/sales operations. We have a series of Black Fridays throughout the year.

This phenomenon cuts across all religions for clothes. Diwali for Hindus, Id for Muslims and Christmas for Christians. During these ‘seasons’, as they are called, advertising revenues also fluctuate and so we have an economy that is perpetually in a see saw motion.

Gold and jewelry have a special attraction too for seasonal buying. These were the days in the current year.

For the rest of the year, things are rather slow except during the wedding seasons, yes we have those too based on what astrologers advise, when cutting across all the religions, sales for clothes and jewelry boom again.

When it comes to buying vehicles, I suspect that a cabal of vehicle manufacturers have bribed all the astrologers in our country and they have spread the auspicious days more or less evenly over the year.

I personally do not indulge in shopping sprees.  My non essential purchases are restricted to books which I almost inevitably buy online.  I have a favourite online portal that keeps me completely satisfied. I however buy hard copies of books only when they are cheaper than Kindle editions.  Naturally, I buy the kindle books from Amazon.  I have not ventured into buying any Kindle competitor’s offereings.  Not yet.

No, despite being funny, Indians do not have an equivalent to the Black Friday. Our merchants have this uncanny ability to offer clearance sales after every seasonal peak and the seasoned buyer waits for these to be announced. 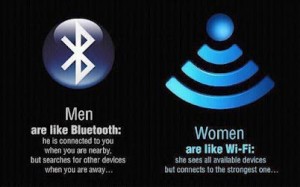 I had posted this story three years ago almost to the day. I hope that reposting this will get my newer readers to enjoy the story too. I am posting this again so that it can tie up with the coincidence of the other phone call from Ahmedabad mentioned in the last paragraph. That phone call was from the friend who took me for Xrays and to the Orthopedist. That story eventually got published as Story 3. The Room Boy two weeks ago. To bring this story up to date, I never met that gentleman again. He never came to meet my colourful father. My colourful father who appears in the story in the present tense, is now no more. The comments in the original post are worth a dekho too.

“I had gone to our local supermarket to get some vegetables and fruit on Tuesday. As I was entering the main door, a portly gentleman was exiting and I waited for him to, as he was carrying many bags in both hands. He duly nodded and said a mumbled thanks to me and went on his way.

As I finished my shopping and was leaving, I found the same gentleman waiting outside the door and nodded to him. He asked me if I was Mr. Rajgopaul from Delhi. I replied that I was indeed Rajgopaul but currently residing in Pune. He then asked me if I remembered meeting him at Delhi. I tried to place his face but just could not. I had been stationed in Delhi between 1980 and 1983. My recollection of that period is overwhelmingly one of the constant pain that I lived with till 1985, when I had my first hip replacement.

Now for the story.

I was waiting for a flight out of Delhi and had just come out of the gents’ room when I heard someone calling for Ramesh. I just kept going to find a seat when someone joyfully calling me Ramesh and asking if I was deaf slapped me on my back. I turned around
to find this joyous face hoping to have a chat with his friend whose expression quickly turned to disappointment on seeing me instead of Ramesh. He apologised profusely for the mistaken identity. He said that I resembled his friend from college days Ramesh quite a bit. Not being one to miss an opportunity, I quipped that my father is quite a colourful personality. He looked puzzled for a moment, but got the joke and guffawed quite loudly. He accompanied me to the sitting lounge and sat next to me and told me how much he enjoyed the joke.

I took out the morning’s newspaper to do the day’s crossword puzzle, when he excused himself and asked me if he could say something personal. I confirmed that he could and he very hesitatingly pointed out that I was wearing my singlet, which was peeping out of my open neck shirt, wrong side out. I informed him that I did that deliberately to keep the seam side out to reduce the friction. He just said “Oh, I see.” and turned away. After a few moments, he got up, requested me to keep an eye on his brief case while he visited the gents’ room and disappeared. He reappeared after a few minutes with a huge big grin on his face with the top button of his shirt open and told me that he too had gone and done the same thing with his singlet, and thanked me for the tip.

He then introduced himself. I don’t remember if we exchanged visiting cards, but the chances are that we did or at least I would have given mine to him. He recognized me after all these years from my walking stick, limp and my beard and was happy to confirm that I was the same fellow who taught him that trick. He said that he still wears his singlet the wrong side out. I said that I don’t anymore, as I had changed over to ribbed singlets instead of the old style interlock knits. He asked me to show what the difference was. I unfastened the top button of my kurtha and showed him. He told me that once again he has learned something new from me and he too would change over and took down the name of the brand that I wear. He also recollected the story of my father being colourful and how many times he had told this to his friends. I told him that my colourful father is still colourful and living with me and we parted with a promise from him to visit me again soon and to pay his respects to my colourful father.

Just imagine something like this happening after almost thirty years! Not only that, on my return home, I got a phone call from someone in Mumbai which led to another story from the eighties, but this time based at Ahmedabad, about which, I shall write another post soon.