I rarely get letters and those that do find me are usually appeals for funds or circulars and of course the appeal for votes from candidates for various elected bodies with which I am connected like my clubs and some societies.

So, I was quite intrigued to find this ancient symbol of Indian Posts, a postcard in my mailbox. 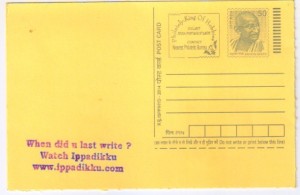 The interesting aspect of this postcard is that it is unaddressed, so someone must have come over to drop it in my mail box. I suspect that it is one of the two postmen who have been delivering mail to our place for the past almost quarter century and who I get to meet only when I get a Registered Mail or a Speed Post but most certainly every Diwali.  I wonder if the Post Office has decided to use this as a marketing gimmick!

I wonder if this has been dropped in every mailbox in our part of the world or whether whoever dropped it has been more selective. I wonder because I decided to accede to the request to watch whatever it was that “Ippadikku” would show me. That word is in Tamil and that was why I was intrigued.

When I went to the site I found that it led me to this Youtube clip.


Now I am more intrigued because the clip shows Pune and some shots of its life, and three characters who speak English, Hindi and Thamizh, the last being my mother tongue just like in my home. The odds that my mailbox was selected for this particular qualification is so low that it must be the greatest coincidence ever!

A nice mystery to be solved and I shall now wear my Sherlock Holmes hat and go looking for Dr. Watson to assist me. 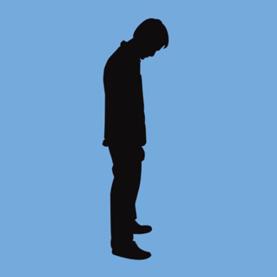 Grannymar left a comment there – “Enjoy the lunch, it might give you inspiration for another blog post.”  I responded – “You are bang on. Another blog post coming up with inspiration gathered at another lunch. When I have THE lunch, it will certainly be followed by another post.”

Alas, THE lunch is yet to take place. That young lady posted this comment on her Facebook page on July 4, 2014 – “Love letters, business contracts and money you are due always arrives three weeks late. Junk and unwanted mail the day it was sent :-).”  I responded – “And also eagerly awaited lunch dates it would appear.”  To which the lady responded with this assurance – “Not three weeks. Will ensure it’s sooner.:-).”

So, Grannymar, I am short of ideas for another post. But the delayed lunch has inspired me to write this.  I hope that RB reading  this  will fit in a lunch with me in her very busy schedule the coming week. 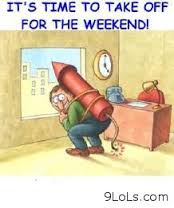 It would be one where I did not have to jump out of a second floor french window. 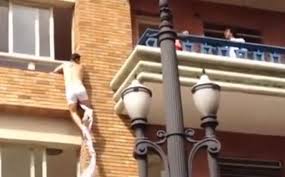 For those of you who have come to the party late, both my hip joints have been replaced, one revised once and the other revised twice. That is why I am a retired hippie.

Okay, humour apart, if I got one life to do over it would begin in September of 2008 when I succumbed to values and invited my late father to come and live with me. The four subsequent years were the most stressful that I have had in my fairly long life and I would not like to have a repeat experience nor would I wish it on anyone else. I am not much for optimism of the past but there have been occasions when I have speculated as to how life would have been for me and my family had he not moved in with us.

But, life goes on, and I have put that part of my life behind me and am now back on placid waters.

I hope that you enjoyed reading my take on this subject which was chosen by Shackman for the weekly Friday Loose Bloggers Consortium where five of us write on the same topic. The four other bloggers who write regularly are, in alphabetical order,  Ashok, gaelikaa, Maxi, and Shackman. Do drop in on their blogs and see what their take is on this week’s topic. Since some of them may post late, do give some allowance for that too! 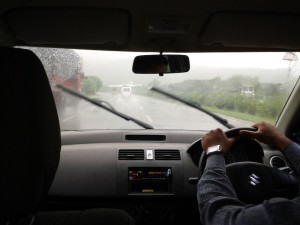 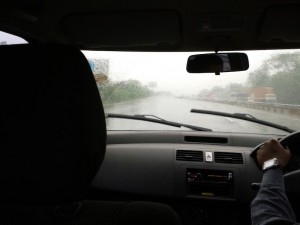 As part of my alma mater’s silver jubilee celebrations, alumni in Pune met some time ago, using the occasion of a visit to Pune by an alumnus of our very first batch, to felicitate him and another alumnus of the same batch now resident in Pune. During that meeting some alumni shared their experiences as flash-back to highlight the changes at the institute between the first batch and the latest in ten year gaps. One such alumnus made a particular mention of something that he found novel in the hostel dormitory where there was a pantry where residents would draw stock and make entries in a register and effect payment once a month. For him this was a novel experience and he was overwhelmed by the Trust factor involved.

Another alumnus who was present dug up an old article written by a media personality in a newspaper some years ago and shared it with us. I went looking for it in the web but instead of that, found another very interesting article by the same personality which is on the deficit of trust!

The only formula that I have on relationships is that I trust the other person till I am proved otherwise and after that, the relationship simply ceases to exist. This has saved me from all kinds of problems. Using my formula I have lived my life on a trusting relationship basis and have not suffered any major setbacks because of that. I therefore find the article a little unsettling for the truth contained in it.

How do you react to the article?