Grey hair is preferred by most men to no hair. And I leave those worthies who dye their hair to retain a youthful look out of this post. 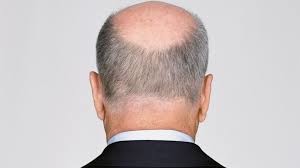 And I think that a combination of grey hair and no hair beats everything in sight. 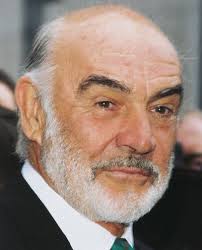 Tammy and I are biased.

This is my contribution to the Weekly Loose Bloggers’ Consortium (LBC) endeavour to post on one single topic every Friday. Today’s topic has been suggested by me.  I hope that you enjoyed reading my contribution. I don’t watch TED talks. I simply go straight to the transcripts and read the talk where I want to know about what the speaker talks about. And this one is called FED talk!

I made an exception in this case because, a dear friend Darlene sent the link to me and recommended that I see it. Since I had seen the film “Catch Me If You Can” a few years ago, on a DVD and had liked it, I was intrigued enough to do so. I am glad that I did.

The story of Frank Abagnale concludes with this talk. If you have read the book and / or seen the film, you will enjoy watching and hearing this talk just as I did.

The title is my byline for this blog.

Cheerful Monk in her response to me in her blog about Gravatars suggested that I should use this one as mine. Presumably because the elephant is wise and this is a rear view of it!

I have used another one in my facebook page which got maximum ‘likes’.

Needless to say, the ‘likes’ are all from friends.

Now, I wonder which suits me better. Be honest, let me have your views.  I however reserve the right to not change my avatar . Nobody in his senses now wants to buy into bulk.  The trend all over the world is to cut down, to minimise and to do with less.  And that includes one’s own size! 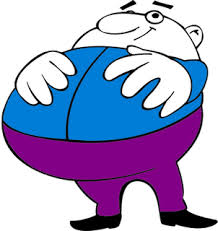 There are however people who still insist on buying in wholesale under the false notion that it is economical. They will go to the wholesale markets to buy in bulk and by the time all of whatever has been bought is used up, quite a bit gets spoilt and has to be thrown away. Add that to the cost of transportation and I have always believed that buying retail from closeby grocers and others made more sense and also saved on space.

There are some groups, particularly from cooperative housing societies who pool together small orders from members to buy in wholesale once a week or something like that, to share among themselves and that makes sense when the members are of two income households where shopping becomes difficult. I have great admiration for this particular form of cooperation and encourage it wherever I can.

I personally do not buy anything is bulk as it is not necessary. Fresh produce is available at my doorstep and I will be foolish not to enjoy that facility to its fullest.

This is my contribution to the Weekly Loose Bloggers’ Consortium (LBC) endeavour to post on one single topic every Friday. Today’s topic has been suggested by Maria.  I hope that you enjoyed reading my contribution.