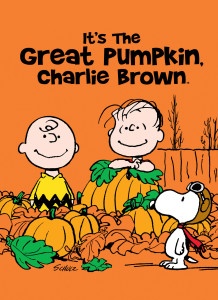 “His words, like so many nimble and airy servitors, trip about him at command.:”
~ John Milton It has been almost four weeks since I had an outing with my friend Ramesh and he simply got fed up. Using the excuse of another visiting friend’s presence just now in Pune, he twisted my arms to go out with him for lunch and a movie and I am glad that he did.

The lunch at Tikka Town’s latest outlet in Viman Nagar, a neighbouring suburb of Pune, was simply out of this world and the movie was well worth the two and a half hours spent inside the multiplex.

The film is studded with extremely capable actors. Did you notice my choice of the word ‘actors’? Yes, capable actors, not one of them a star as the term is generally understood. All of them come up trumps with their performances with some excellent direction and camera work.

What makes me give just a 3/5 rating for the film is the very noble but weak storyline. The story is all about commercialisation of school education and tough management vs good teachers and their students. The climax of the quiz show could have been handled better but was very interesting nevertheless.

Chalk N Duster is a movie worth going to if you are the emotional / sentimental type who enjoys soft storylines and high morals being advocated. I had the pleasure of suggesting this topic for the LBC weekly posts.  I distinctly remember the occasion as I was having my breakfast when I was preparing a list and I simply included this for the heck of it.  It has come now to pressurise me to write something of interest to my readers.

My habit of eating quantities of food as depicted in the style of the right side image here started at a very young age during my school days when I had to leave home early in the mornings and return only in the evenings after sports and games. I had to carry a lunch box lovingly packed with nourishing food packed by my mother and which I used to share with my friends who would also bring their lunches. Since perforce the lunchbox had to be small to fit into a satchel, the quantity would be less than a regular meal and so before I left home, my mother would see to it that I had a full meal so that the quantity would sustain me till my return and the evening meal. The evening meal would in turn be somewhat the same in quantity as the afternoon meal, and not as large as the morning’s one.

Later on in life, I learned that both the Indian and Allopathic systems of medicine also favoured such a discipline for the quantities of food to be taken during a day.

This habit was reinforced when I started to work as a salesman when I would not know if where I landed up during lunch time would enable me to have a meal at all with proper / hygienic restaurants or whether I would have to settle for some biscuits and tea at some wayside teahouse. Much later in life as I had to entertain people for dinner, I would still eat smaller portions than most people do, having already had my preferred quantities in the morning and afternoon meals.

I gave up cooked meals for the evening meal some years ago and have restricted the evening intake to just fruits and sometimes fruits and nuts. I do make exceptions on occasion for social obligation purposes, but those are rare as most of my friends and family know that I do not eat cooked food in the evenings and I am rarely called for such occasions. Despite this supposedly very healthy way of consuming one’s quota of daily meals, I wish that I could attest to looking like the person on the right of the first image.  Sadly, foolishness of the past has ensured that I look more like the Michelin man shown on the left here!

My GP friend tells me that if I want to look like the person on the right side of the top image, I will have to balance the discipline of the quantity with some serious exercise as well!  Pshaw!