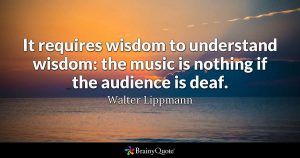 I received the following as a forward from a friend in WhatsApp and found it very interesting. I hope that my readers do too. This topic from Shackman for this week’s 2 on 1 weekly Friday post is a googly if you are a cricket nut or a curve ball if you are a baseball nut.

For the past four days, I have been scratching my head to think through this topic to make a sensible post and I must confess that I am no nearer to coming to that goal now than I was when I started.

I am not an Oracle. I am not an astrologer. Nor am I one of those pundits of Management who keep coming up with predictions about everything from the volume or value of a product’s sales figures for the next few years or who predict how the stock market will behave in the same period. I am just an ordinary old geezer content to use whatever social media keeps me informed about my contacts without worrying too much about its future. 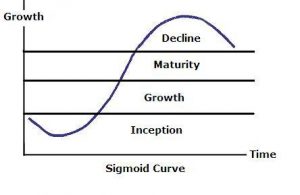 Having been a professional manager however, and also one who strongly believes in the theory of cycles, I can hazard a guess about most of these sites’ future. Almost all of them are near the top of the Sigmoid curve now, and unless they keep reinventing themselves just before they reach full maturity, there is bound to be major shakeouts with the bigger sites creating additional features incorporating features of the competition that will allow them to grow while hastening the decline of the less innovative ones.

I expect that in the next 25 or 30 years, most of the sites would have disappeared leaving just a handful to oblige increasingly discerning clientele. Exist however, they will, though the equipment that will be used will be far different from those used now like the computer, smart phone, or tablets. Most likely, they will be somethings like the already available Smart Watches, and in concept things like the Cicret Bracelet. They may be even completely different to such gadgets. That is the exciting and also disturbing aspect of technology today.

Please do go over to Shackman’s blog to see what he has to say about this very intriguing future. 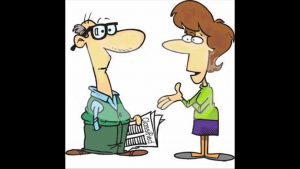 A very practical guide that I received as a forward via WhatsApp. 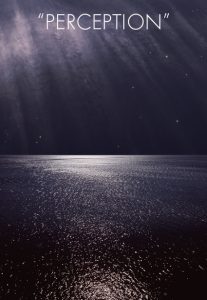 An Industrial Psychologist, member of a group of Professionals to which I belong in WhatsApp, conducted a survey among us about our experiences as employees and citizens. He is trying to draw up a profile of our group so that matters of common interest can be discussed in face to face meetings. Among the questions was one that asked – “Describe in one word or phrase your strength while in employment and as a citizen.”

This is one of the most difficult questions that I have ever had to address on my career and life. I decided to ask a cross section of my contacts the same question about me. These are the unedited responses that I received.

The friend who offered “Enigmatic Sage” has never personally met me despite living in the same city as I do but, we have been internet friends for some time now with some very interesting exchanges via blogs, WhatsApp and emails.

I was quite taken aback with two people calling me naughty. I suspect that my sense of humour comes across as naughty to them and that it is not to denote anything negative.

The last one naturally comes from a very dear friend who has had nothing to do with my career or social work but, who and whose family have been part of my life from 1985. Fortunately I did not ask his wife as I know she would have called me Anna which has two meanings. One, elder brother and the other, the local Mafia Capo.

On reflection, I have concluded that such a variety of perceptions is due to the many roles that I have played in my life and continue to. Family, friend, colleague, boss, parent, advisor etc depending on the other person’s position in my life as well as the length of time that s/he has been part of my life. For each individual, my relationship was/is tailor made to suit that person. I would say now, after having received these responses that my strength in one word would be “Flexibility”.

I however answered that question before I asked my contacts, that my strength in my view was “Effectiveness.”

I still believe that it would be the most appropriate for that particular survey as, even in relationships one must be effective.

When I discussed this with the friend who is coordinating the survey, he laughed and offered his very wise comment that I am a chameleon.

Through this post, I express my gratitude to the friends who took the trouble to think and comment and also share the perception of others of me to them.

My post The Lady Of The House elicited the comments of how fast time has flown as I had written about their wedding five years ago.