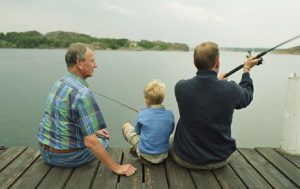 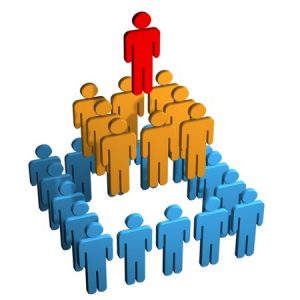 “No more fiendish punishment could be devised than that one should be turned loose in society and remain absolutely unnoticed. If no one turned around when we entered, answered when we spoke, or minded what we did, but if every person we met “cut us dead” and acted as if we were non-existent things, a kind of rage and impotent despair would well up in us”

In India we not only have status based on class, we have it based on caste and also a combination of both.  Neither matter under some special “circumstances”.

Let me share a recent story.  I had gone to a party where I was introduced to a highflying executive.  While his present status was clearly mentioned, mine was simply mentioned as a Senior Citizen of Pune.  In fact, the host had no idea whatsoever as to who I was and I was there only because his son wanted to meet me as he had brought a book for me from the USA from another friend.

This executive after exchanging pleasantries disappeared and I did not meet him again that evening.

Last week, I had invited two friends for lunch at my club and we were busy chatting about a project that we are involved in when the same executive happened to pass by and stopped at my table to say hello while his host was delighted to see me there as he had not seen me for a while.  It registered on the executive that I too was a member of the club and his entire demeanour changed.  He insisted on sharing his visiting card with me and said that he would like to come over and meet me at home.  All because I am a member of that club.  A status symbol if any thing, and one that explains what status can do to individuals. This incident was still fresh in my mind when I suggested the topic.

Once a tiger entered the washroom in a Corporate Office and hid in a dark corner.
Many people frequented the washroom, after four days it couldn’t bear hunger anymore, so it caught a man who had come in, and ate him.

This man happened to be an Assistant General Manager in the organisation but, nobody noticed his disappearance.

Since nothing untoward happened, the Tiger became bolder and after two days caught another man and ate him.

This man was the General Manager of the organisation.

Still, nobody worried over his disappearance.

Next day, the Tiger caught the Vice President who was a terror in the organisation. Again nothing happened.

Then Tiger caught a man who had entered the washroom while balancing a tray of teacups in one hand.

Within 15 minutes a huge hue and cry ensued, and everyone in the office started looking for the man. The search team reached the washroom, flushed out the Tiger and saved the unconscious man. He was the tea boy in the office.

*It is not the position, but our usefulness to others that makes us loveable and respectable. If your subordinates are happy in your absence that means you are not a perfect leader.*

From the book *Tiger in the Toilet*

This topic has been suggested by me for this week’s Friday 2 on 1 blog posts.  Please go over to Shackman’s blog to see what he has to say on the subject. This is one of my all time favourite quotes and when someone sent this image to me on WhatsApp, I immediately wanted to share it with my readers.  It is innocuous to begin with till one starts to reflect on it.  And then, bang, it hits one like a thunderbolt that this is a very profound and true statement.

Another great writer went a step further and came up with some more profundities – “Like every man, I am my own worst enemy but, unlike most men I know too that I am my own saviour.” ~ Henry Miller.

Let me share a story of a man who I know well. He is a very wealthy self made man in his seventies with extensive properties in and around Pune. His world and conversation revolves around his wealth and how much he benefits from it as well as how much he suffers from it. He is suspicious of every one and therefore is lonely and bitter but unlike Henry Miller does not understand that he has to be his own saviour. He has become a hypochondriac as, at least in my opinion, he has nothing better to do. He comes to me often to let off steam because I give him a patient hearing and have no interest in his wealth. When I point out to him that he is lonely because he is unable to stop showing off and be considerate but, he is unwilling to accept that as a character flaw. He continues to be miserable and all his wealth goes to finance his constant consultations with medical practitioners of all specialities.

On the other hand, there is another friend who is far from wealthy but a great human being unfortunately prone to panic attacks and depression. We became good friends a few of months ago after we became closer to each other than we were before due to a series of unintended developments. I shared with him my experience of overcoming depression through consultation with a psychiatrist and suggested that he too does that. He took my suggestion, and today accepts his failings with his relationships, has made amends and is better off for doing just that. He now understands that he is his own saviour.

In my own case, my exposure to Vipassana meditation 35 years ago enabled me to look into the mirror to see the reality of myself and find ways of overcoming my weaknesses. Having kept up regular practice, I have been able to handle life’s vicissitudes with some equanimity. To anyone who asks me for guidance, my first recommendation is to learn to meditate using any technique and inevitably, those who do, benefit and learn how to manage their own enemies. I strongly believe that meditation IS learning to love oneself by handling the enemy within. 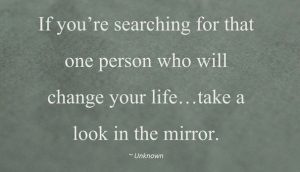 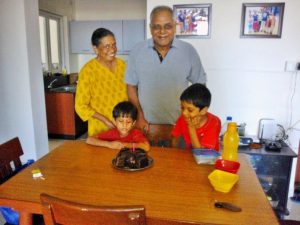 For me, September 30 has always been a very special day as it is the birthday of three very special people in my life. The first, my late younger brother Arvind who would have been 74 yesterday had he just lived for two more months. 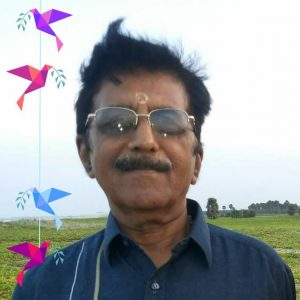 The next, my childhood friend and innovative farmer Babu about who I wrote here. 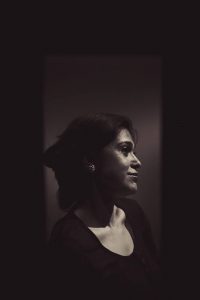 And the third, my lovely niece Vandana the actor director that I wrote about here.

So, yesterday was a day of mixed emotions till late evening when my daughter in love surprised me further with this. A roller coaster day alright. First, in response to my birthday greetings, a longish WhatsApp message from Vandana all the way from California, next, a video Clip of Babu cutting a birthday cake, next the photograph right on top of this post coming up in our WhatsApp family group page and finally the last two photographs.