This post has been inspired by my sister Padmini sending me this image with the peremptory comment – “For your blog”. Yes Madam, anything to oblige!  Please click on the image for a larger resolution. One of life’s inevitabilities is the fact that once one grows old, his identity takes the back seat to his offspring. For instance, I now have to be introuduced as either my son’s father or my daughter in love’s father in law. I have also had the odd experience of being introduced as Chutki’s grand parent! Chutki incidentally, is our dog. I rarely drive any more and depend on my son or daughter in love to drive me around. It seems not so long ago that I drove them around! There was also the time that I used to say that my son lived with me whereas now, I unashamedly say that I live with my son and daughter in love.

That preamble may sound a bit odd for my Western readers but, for Indians, the change over from joint families to unitary families is still a work in progress and apart from the sheer logistics aspect of inability to stay in the same place where the parents live, for career reasons, there is also a great shift in values where young people want to live their own lives without the elders constantly poking their noses into the affairs of the youngsters.

There is however a caveat. Many of the senior citizens that I know here with children in the West, are still in great demand as post natal nurses, housekeepers and baby sitters. They keep going up and down till the grand children grow up and after that the goings more or less stop. While there, there is nothing but total boredom for them but, they do their duty as parents and grand parents and return usually to big sighs of relief.

Recently, I had been discussing with some fellow seniors as to how roles have reversed vis a vis with our children and younger siblings. From our looking after them during their childhood, it is time for us to be looked after by them and, hold your breath, ordered around too! Two things firmed up my views on this recently. The first incident was the very first paragraph of this post and the next follows.

I had to attend a reunion with some ex colleagues by driving over 130 Kms up and down and though I was looking forward to the meeting itself, I was down with a viral infection and felt that I will be incapable of a comfortable journey to and fro. My daughter in law hearing me think aloud about not going simply said, “Nothing doing. You will get up, have breakfast and go. No cancelling the long awaited meeting.” And that is what I did. What motivation! I enjoyed the meeting though the drive back was quite tiring and longer than the way up due to traffic snarls.

I actually enjoy the reversal of roles. What do you think? 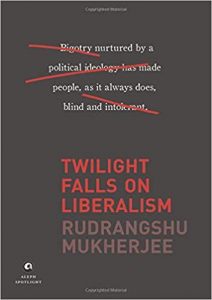 After I finished off with my post Horoscopes, it occurred to me that I should write one observation that would be applicable to all. I was spared the effort when I was given this as a reading for me on answering a quiz. Just look how clever the content writer is! I can’t think of anybody who would not be pleased with this observation!

“Your life hasn’t always been simple, and you obviously have quite a few skeletons in your closet, but you never let these things stop you. Your past difficulties are what made you who you are today, they built you and they represent a significant part of your personality. Although it was easier to escape and not to cope, you chose to stay and overcome all obstacles and learned a great deal during your life journey. Deep down you know that standing face to face with your inner demons, and overcoming them is the way to a better future.”

I came across this very interesting video clip which I hope my readers will find interesting too.