I have begged off for tomorrow being already committed to the weekly 2 on 1 Friday post where Shackman and I write on the same topic.

This is my first. The idea for this topic came to me while reading Ekoshapu’s post. I am informed by my co Friday 2 on 1 blogger  Shackman that, he cannot dance and so, I am very keen to see what he writes about the subject. Please do go over to his blog to see what he has to say. India has many forms of folk dances and I suppose dancing to the rhythms of our various types of music comes more or less naturally to us. I grew up seeing older women in our families dancing at weddings and other occasions. My mother was particularly good at it and very popular among her friends who inevitably invited her to functions to lead them.

My first personal exposure to dancing was the traditional Tamil folk dancing called Dappaan Koothu. This was in all the schools that I went to including one where our classical dance Bharatanatyam was taught too.

And trust me, I was pretty good at Dappaan Koothu.

I never developed a taste for any of our classical forms of dances despite being posted in all the major cities of India on various occasions. During my mid teen years however, I learnt ball room dancing as it was called here then. I learnt the fox trot, waltz and cha cha cha. Later on I also learnt to jive and life was good. I however could not find partners to dance with me.

That changed in 1963 when I did find a partner who could dance and did we light up some dos in Chennai!

1965 saw me going off to Business School and I did find some places to go dancing though not as often as I would have liked. 1967 took me to Bombay where I found partners again and more opportunities to indulge. 1968 saw me getting back in the life of my friend who subsequently became my wife in Hyderabad and the dancing resumed. We did not stop till I was more or less forced to stop dances other than a gentle slow fox trot or a two-step, due to problems with my hips. My wife also would tell anyone willing to listen that I danced with her so that I could look over her head at other women on the dance floor and flirt with them. There were occasions when during dances in our local club, young ladies would come over to ask me to teach them to jive after obtaining permission from her. I perhaps lost the opportunity to start a school for dancing!

There is a blogger lady in the UK hoping that one of these days, I will land up there and sweep her off her feet and dance on the roads there while it rains.  I hope that she is reading this. While I hope that I can too, considering my age and health issues, it seems more and more unlikely.  I hope that she is the praying type as may be that would work!

“And those who were seen dancing were thought to be insane by those who could not hear the music.” 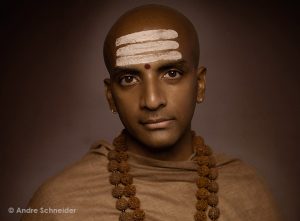 In her comments on my post “Without Comment” Wisewebwoman commented, “I trust my parents paid for me as I was too dumb and unintelligible.”

That reminded me of this delightful cartoon: