“No one achieves complete success in life but, even partial fulfilment is attained by but, a few. Unfulfilment is the normal condition of man.” ~ Irawati Karve.

This post has been inspired by Ekoshapu’s post on Reunion. Since I attend reunions regularly, what the poem says resonates with me.

The heartthrob of the school,

is a man grim and somber.

is now a weightlifter.

The topper of the class,

is a happy homemaker.

Back bencher of the lot,

The one who failed math paper,

is a fashion designer,

and one who often got to stand outside the class,

is a respected army officer.

The reunion taught me how,

people come with many layers,

and told me why we should,

never judge a book by its cover…

Let’s remember this every time we step into our classes;

Each child is a potential success story!! Lets help them write it

On reflecting on the topic, it also occurred to me that in these reunions, one rarely comes across someone talking about how s/he has failed whereas irrespective of whether one came from a background of privilege and money or the absence of it, the successes inevitably talked about it and maintained that they are self made successes. As a corollary, I suppose that the failures are also self made failures but, they are unwilling to admit it. They will blame everything possible other than themselves for their failures. Usually, the government, competition or often, bankers.

To reinforce this trend of thought, I have recently had to interact with two young friends of both categories and I dug up the Nightingale quote for the latter. He was quite stunned that it had not occurred to him and we spent quite a long time discussing how things could have been different had he done somethings differently or not done somethings at all. Since he is quite a determined sort, he has perhaps understood the situation and will try again.

To the former, it was easier to point out the advantages that he had to start with before he became an entrepreneur to deflate his ego a bit and give some credit to his parents and background. Subsequently, his father rang me up to thank me for doing that! I must have done something right for the news to reach the father!

Which brings me to the second quote on unfulfilment being the norm for most of us.  I think that Irawati Karve has hit the nail on the head but, am willing to be corrected by any of my reader/s who may think otherwise. Since my retirement, I spend every morning reading five newspapers and solving the seven crossword puzzles that appear in them. As my family and friends say, it keeps me out of mischief.

On the days that the papers do not come following national holidays, I am lost in the mornings and you can easily sense that I am out of sorts on those days as it recently happened on August 16, 2019 the following our Independence Day when two friends who had called me up on the phone were puzzled at my mood till I explained to them my predicament. That experience has taught me to keep a couple of crossword puzzle books in stock so that I can spend some time on them on such days.

A most frustrating aspect of solving crossword puzzles in when I am stumped for answers. I can spend hours on the thesaurus, dictionaries, telephone calls to friends to find solutions. I have known to even make overseas calls to find answers for clues pertaining to the UK or the USA.   Often, the last resort, Mr. Google also is of no help.  There are some setters of cryptic clues who, in my opinion are simply sadists.

And the relief in finding the answer the next morning when the solutions are published, is only surpassed usually by the feeling that I should kick myself for not having thought of such obvious answers!

A girl is doing a crossword puzzle…

“What’s a 7-letter word for ‘easily perceived or understood’ that starts with ‘O’?” 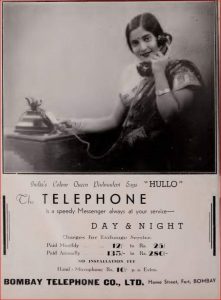 This ‘nostalgia’ forward by a friend on WhatsApp, following my post on Nomophobia, took me back to the time in India when first, they had to advertise to get people to subscribe to the service, then the time when people had to wait for years before they could get a connection and finally the time when cellphone service providers and handset makers are back advertising telephony. A full cycle indeed.

I don’t remember the times when the telephone company advertised for landline connections. We did not have a telephone connection at home till my mid teen years and we were told not to use it unless for emergency purposes. I distinctly remember neighbours pleading to be allowed to not only make calls but, also to receive calls in emergencies. My late wife’s family did not have a phone connection in the early years of our marriage and we would call their neighbour to request someone from there to be called to receive a call after a few minutes. This was when Direct Dialling had been introduced but, prior to that, we used to make person to person calls either from our phone or from post offices. Now, we can not only make direct phone calls, we can video call too using whatsapp! What a change!

Such change however brings with it, its own dangers as well as these two clips show. 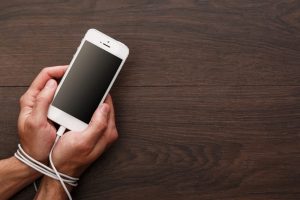 “Nomophobia is the irrational fear of being without your mobile phone or being unable to use your phone for some reason, such as the absence of a signal or running out of minutes or battery power. A phobia is by definition an irrational fear.”

Due to a technical problem with my thumbprint not amenable to be read for identification purposes for some applications, I had transferred my mobile phone number to my son as a temporary measure. Not needing to use that application anymore, I was getting quite frustrated with my name not being associated with my phone number in this highly interconnected world so dependent on internet for just about everything. Having recently acquired a brand new smart phone, I wanted my name back as the registered user of the number. I therefore applied for retransfer of the name to mine with the service provider and a new adventure started.

Let me not go into all the gory details but, suffice it to say that it was frustrating. My able secretary, my dear DIL also got frustrated as I was depending on her to get the mess sorted out.

During the 72 hours, those who wanted to contact me desperately, did on my landline as also I used the landline for outside calls. Since I had a WiFi connection at home other services like WhatsApp and Twitter worked and that helped keep my sanity. Particularly frustrating was my inability to use the OTP service for various online transaction during the three days. The saving grace however was the absence of promotion calls and SMS services though the same service was the reason for my not getting the OTPs.

This experience shared with a friend resulted in my getting to learn the new word “nomophobia”. No doubt that I suffer from it!

What a relief to get the connection back and great pleasure that the number is now registered in my name!

After a very long time, I had the experience of a fabulous lunch with people who I love in a great restaurant under spectacular weather conditions. we were celebrating the sixth wedding anniversary of Manjiree and Ranjan and everything was perfect.

Except for an in-house singer with a guitar and very loud amplifier/speakers combination whose music kept coming in the way of my ability to listen to the conversation around me. After trying to get the volume down and having failed, I simply switched off and tried to put on a cheerful face while the others apparently had no difficulty in shouting over the noise to hear each other.

While I enjoyed the food and the ambience I ended up with a very rare head ache and have vowed not to go to such places anymore.