My friend MB posted this on his facebook page. 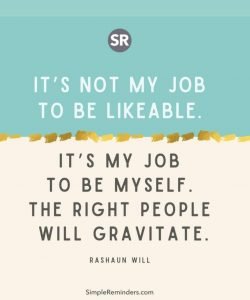 I commented: I must be one of the right people!

MB responded: You are dead right Sir. And he added a few emojis that I simply did not understand.

I could not resist the temptation to take this further and added: MB, I am very much alive!

He in turn responded: I meant that you are absolutely right Sir. No harm done, my comment increased your life span by another minimum 10 years. And for effect, added a few more emojis.

Work From Home has changed many things and fortunes and here is one aspect of it. Hyderabad is not the only city affected. Other cities with high concentration of IT establishments are equally affected. Pune, my home city is as badly affected as are Mumbai and Bengaluru.

It is not only homes that have seen loss of tenants. Businesses too have found that it is more economical to operate in a WFH system. They are giving up office space all over India as this report shows.

Here is another report about one of India’s largest IT companies that gives a clear indication of what lies ahead.

I personally know of some youngsters who have moved back with their parents in other parts of the country to work from home and save on rent. Employers too are happy with this option as WFH also gets more man-hours per employee than before.

A major change due to this one single development of WFH is the reduction in traffic in the cities most impacted like Pune for instance. Parking space is readily available as is commuting time for others. Peak hour traffic is so low that it does not look like peak hour at all.

These two factors alone should improve the quality of air in our cities and reduce fuel consumption which in turn will impact the automobile industry all over the world.

So, some industries will scale down while others will scale up and quite which will become clearer as we go along.

There are many other factors that will come into play as the Covid impact lessens and those will become evident as we move further into the year and 2021.

The most significant change will be in our lifestyles which will never again be what they used to be pre pandemic times. 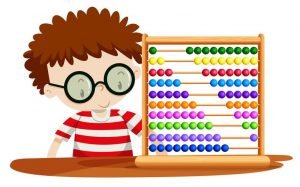 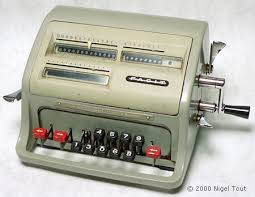 Today has been a great day for me for some scintillating exchanges.

In the morning, I had messaged a friend in Mumbai to help me with something and he did quite cheerfully. Here is the exchange. I have just removed the full name to protect his identity.

Me: Thank you dear HM. I am glad to have you in my life.
HM: You can always count on me
Me: 🙏🏻. You an abacus? Or, remember the Casio? Or the Facit?

And to help him refresh his memory, I gave a link to my post on my blog.

Over the lunch table, I shared this exchange with Manjiree who was quite amused and recollected her younger days when she had to learn multiplication tables by heart. I too was reminded of the same and shared with her my own story.

I must have been around 12, my younger brother Arvind 11 and the third brother Barath 9. Our late father, a martinet, insisted on us learning multiplication tables up to 20 X 20 bottom to top and top to bottom. On his return from work he would first ask me one question say, 12 X 14 and if I did not know the answer, he would punish me. He would then ask another question to Arvind and the story would repeat. The third time around he would ask Barath say 14 X 8 and without batting an eyelid, Barath would respond with 62 or some such number and the old man, satisfied, would point out how great he was to the other two and depart. It was much after we had grown up that Barath confided with Arvind and me once while reminiscing that, he would just shoot off any number that came to his mind taking the chance that the old man did not know the answer!

The next thing that happened today was when I shared the HM exchange with my son Ranjan who promptly suggested that my sense of humour was diminishing as I aged. Great support from my heir apparent. 🙁

I am a teetotaller and a vegetarian which is quite amusing to many of my friends and the next exchange was with another dear friend who sent me this clip. He added at the bottom – “See what you are missing?”

I responded with “I had a school teacher girl friend named Anita Singh. Her students used to call her Miss. Singh. The only missing I do is missing that Miss. Singh who became Mrs. Kalra.”

Wanting to have the last word, my friend concluded with – “Those were the days what?”

All in all, quite a day. An old friend and colleague from my working days rang me up today to ask me for something that I thought was not quite right for me to do. I told him that he should ask someone else more qualified and worthy than I. He however insisted that I help him.

During the conversation, his leitmotif was that he had always looked up to me and hence he wanted me to undertake the task. That more or less settled the matter as I was touched and flattered at the same time.

Let us not go into the task but what amused me was that literally, he is at least four inches taller than I am. Quite how he could have looked up to me beats me!

Some figures of speech really can be confusing when taken literally.

I am a practicing Vedantin. I am also in the stage of Aantara Sanyasa.  That blog post was written almost a year ago and since then I have only firmed up on my practice and can affirm that I hardly ever worry now.  I am also blessed with an innate happy frame of mind that I inherited from my mother.  For me, this topic is a living reality. I hope that this blog post will inspire my readers to also not worry and be happy. A friend posted this news item in a WhatsApp group and I was reminded of two stories.

With the first story in mind, I commented on the post with my comment “Mysterious things can happen!” and gave a link to this village, Kodinhi in Kerala, a state in our South West. Don’t you think that it is an amazing phenomenon?

The next story is personal. My late wife and my cousin both delivered sons on the same day with just twenty minutes difference in the times. When all of us lived in Mumbai, their joint birthday celebrations were routine. On every such occasion, my cousin’s late husband used to wonder at the coincidence with some snide comments that I leave to my readers to imagine.