Shackman, who never fails surprise me came up with this intriguing topic for this week’s Friday blog post. Despite his asserting in a comment on one of my blog posts that the rest of the seven bloggers in this group are not common folk by any stretch of the imagination, I must confess that I am a very common person ordinary to a boring level and just ordinary things keep happening to me.  So let us examine this ordinary mind on an ordinary day.  I do admit that there will be extraordinary days occasionally but, by and large what follows is my normal, at least while the chinese virus ties me down to my home.

As Wolf suggests, I shall focus on the activities of the mind rather than on my physical activities which in any case are of little importance as I hardly indulge in any major physical activity.  The only exception being my daily morning routine of half an hour of yogabhyas adapted to my physical limitations.

My day starts with half an hour to forty five minutes of Vipassana Meditation. A major activity that endeavours to still the mind.

The other major activity for my mind is my daily dose of six newspapers and the seven crossword puzzles that appear in them.

Since the advent of WhatsApp, my mind is also occupied for a few minutes every hour reading all the messages that I get in it and in sharing some of them with those I think will appreciate receiving them. I rarely start a chain and so do not have to spend too much time on WhatsApp.

In the afternoons, my mind is occupied in answering my emails, catching up with blog posts of friends, commenting on them and also responding to comments on my blog posts. Once definitely and sometimes upto three times a week I also write a blog post.

The rest of the day is spent on reading periodicals and books, mostly on matters spiritual and Indian economics, history and politics.

My mind was distracted for a while at the beginning of the pandemic which made it difficult for me to focus on reading. This was diagnosed by my Psychiatrist as Anxiety which was being seen in many others too and following a course of supplements for a couple of weeks I returned to normal and since then haven’t not had any problems focussing on my reading.

Nothing else challenges my mind and it is peaceful and content with my present lifestyle. I have accepted the limitations that the pandemic has imposed on me and so have no problems with leading a more or less inside the home life style.

This topic has been suggested by the youngest member of this Friday Bloggers Group.   She is young enough to be my grand daughter. I love the idea of this topic but unfortunately have no first hand experience of being a grand parent with recipes for my grandchild/ren nor that of a grand child who was mollycoddled and fed by grandparents.

My grandparents, only one set of them as the other had passed away long before I was born, by the time came into my life, were too old and too fixed in their ways of the older Indian generation that did not demonstrate love for their offspring. In fact, when they came into my life, they had to be looked after by my parents, uncles and aunts,  one after the other turn by turn. I was however able to be of service to my grandfather by getting him his favourite brand of snuff from his favourite tobacconist but, do not remember him getting me anything ever, nor my grandmother who never asked for anything nor gave anything to me.

I do not have a grand child and so have not had the pleasure of being a grand parent and all that comes with that status. I have seen my siblings and friends going gaga over theirs and have often envied them their pleasure.

My recipes for grandchildren therefore have been ready made, shop bought stuff like in the following illustrations. 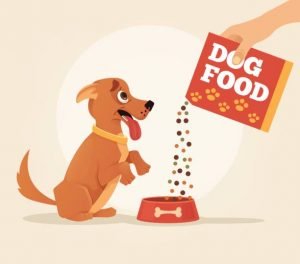 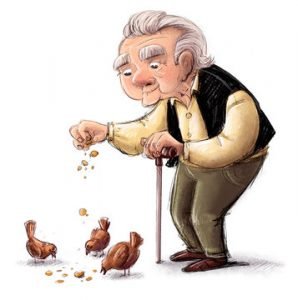 This is my contribution to this week’s Friday 8 On 1 blog post topic. The other seven bloggers who write on the same topic every Friday are Maria. Sanjana, Padmum,  Raju, Shackman , Srinivas and Conrad.  This week’s topic was suggested by Sanjana. Please do go over to their respective blogs to see what they have to say on the topic. Thank you. It was World Mental Health Day on October 10, 2020 and I had this scintillating exchange on WhatsApp with a remarkable friend of mine.

Friend: One of the best movie clips to share on world mental health day https://www.youtube.com/watch?v=uoKGCtaqkxU

Me: Any particular reason you sent this to me? Do you think that I am nuts?

Friend: 😂 Just to share the universality of the gaps between male and female understanding.

Me: Thank God! For a moment I thought the worst!

Friend: What is the worst?

Me: That you think I am a nut case!

Friend: Takes one to recognise another. 😂

How many of you think that either I am a nut case, or my friend or both?

Ps.  The Youtube clip is partly in Hindi and partly in English.

All of us know that nothing comes free in this world and what we think we do get free has other hidden costs. WhatsApp and Facebook have access to our innermost desires and they liberally share with advertisers to finance what they offer us for free. Corporates in turn use that information to target their advertising accurately and here is a story to illustrate this.

The following is a real exchange yesterday between a dear friend and me in WhatsApp.

Friend: On my Facebook feed, I get ads for men over 50 – all the ads either show old men playing with grandchildren, or pills for erectile dysfunction or how I need to beware of incurable old age diseases. Depressing stuff. Ageism is alive and well in the targeted advertising world!

Me: Is this a forward or a personal rant?

Friend: How are you keeping?
You look very good after beard trim and haircut.

Me: You have learnt to ask “keeping” instead of “doing”!😃
Friend: Lol.

Me: Thank you. All of us here are flourishing.
Friend: Great.

A little background the fun exchange. He used to ask me “How are you doing?” and I would respond with “I stopped doing a long time ago.”
The beard trim and hair cut is referring to my blog post.

“One who makes himself a worm cannot complain afterwards if people step on him.”
~ Immanuel Kant Power is always relative.  What is popularly considered as powerless say like an insect can exercise power over man like the quote above illustrates.  Today, as I write this, the Chinese Virus, invisible to the human eye has more power over mankind than anything that I have seen in my long life time.  It has kept me and millions of others like me confined to our homes and has made normal life that human beings experienced just eight months ago impossible with no respite in sight.  In fact, the so called most powerful man in the world, POTUS was powerless over the virus which illustrates my argument more than any thing else will do.

Just take a good look around the world and you will see power struggles of all kinds, intra and international as well as other kinds like intra and inter family power struggles over assets;  and businesses fighting for shares of markets and so on.  It is ubiquitous and all around us but, we do not notice is precisely for the reason that it is so ordinary and pedestrian.

My interest in Power as a subject to think about was kindled in 1984 when I attended a seminar by a Management Association in Mumbai, on the subject. After attending the seminar, I promptly bought the book The Anatomy Of Power by J B Galbraith. Wikipedia has this to say about the book.

It further divided power by source: power either stems from personality or leadership, property or wealth, or organisation.

The book goes on to detail a brief history of the use of power, noting the broad arc of history in moving away from condign and towards compensatory and then conditioned power, and from personality and property towards organisation. Finally, it details what Galbraith views as the main sources of power in the modern world: government, the military, religion and the press.”

Since reading the book, I have used the understanding gained in observing human and animal behaviour in day to day life and have been able to resolve many issues by simply taking appropriate action after understanding quite where the exercise of power by the person concerned or the creature, comes from and to reach what end purpose.

A Post Script;  I sleep under a mosquito net every night!

Having enjoyed those experiences, I suggested this topic for this week’s Friday post where eight of us write on the same subject so that I can share my enthusiasm for the book with my readers so that perhaps they too will find it worthwhile to read the book and enjoy similar experiences. The other seven bloggers who write on the same topic every Friday are Maria. Sanjana, Padmum,  Raju, Shackman , Srinivas and Conrad. Please do go over to their respective blogs to see what they have to say on the topic. Thank you.

My Daughter In Love posted this message on her Facebook page. The inside story is that my very enterprising DIL has started a catering service from her home and this was the first consignment that she sent out.