I am a past master at that kind of doing nothing. How about you?

In my post Learning In The 21st Century, Nick had commented as “Indeed, resisting change is pretty futile when so much is changing so fast. If you resist change you’ll soon become an eccentric old hermit. I’ve got used to all the constant changes in banking procedures, in payment methods, in booking arrangements, in airline security and a hundred other things. And we’ll be doing everything differently again in ten years’ time.”

I had responded with: “Resistance is really futile in modern conditions. A simple example has been the rapidity with which cash based economies have moved to digital payment ones.” Here is one proof, even if it is a spoof.

Jungle is a word that originated in India from Sanskrit. We use it to describe any wild growth. For instance, during the monsoon when in our part of the world the predominant colour is green, my late wife used to call our small garden a jungle as our gardener was simply incapable of keeping it under control. Consequently, the gardener was very affectionately called Junglee by her. You can see from the photograph taken just this morning, that he continues to be our gardener and continues to be a Junglee.

What triggered off that memory was this little nugget that my beloved sister sent me this morning in WhatsApp. I love to learn new things and also am today forced to unlearn many things due to the very rapidly changing and unpredictable ways of the 21st Century. The Covid Pandemic has also ensured that one is restricted in one’s movements, forcing one to find ways to amuse /occupy oneself and this too leads to unlearning and learning new things.

I have blogged about many instances of my learning new things and here is one of those posts to lighten up the mood here.  My readers will also recollect  my earlier post where I learnt about pupcakes.

Today, when I came across the Alvin Toffler quote with which I have started this post, I had just unlearned that my old way of using my new cellphone will not work and I had to learn the new and correct way to use it for one particular application. I had just finished that activity when I had to learn how to use my cellphone’s banking application to do something new that I had never done before.

I think that most of us are like me unlearning and learning new things and the most important thing that we are learning constantly is that there is absolutely no use resisting change that is all the time overtaking us. 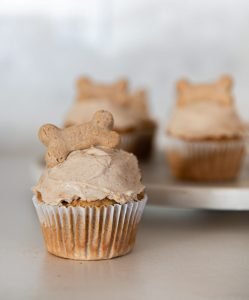 No, that is not a typo in the Title.  Please read on.

When I opened the refrigerator this morning to take some milk for my morning tea, I saw a cardboard box in the bottom shelf that is normally used to pack cakes. I thought that my son or daughter in love must have got a cake for some purpose and left it at that.

Later on, I was totally engrossed in my morning newspapers when my son appeared in my peripheral vision with the same box opening the front door while mumbling something about cupcakes. I did not associate the box with cupcakes.

After some time, I asked him where the cupcakes were and he said that the box that he carried out in the morning contained them and I was zapped. He went on to explain that the cupcakes were for a friend who was celebrating her dog’s birthday and she was treating all the dogs in the park in the morning. (There is a park about half a km from our home where dogs are taken to play in the mornings and evenings by their owners living within its vicinity.)

When I probed further, it transpired that it was quite normal for people to bring such cupcakes for some reason or the other to distribute among the dogs and many dog owners were running successful home businesses baking these and that they are called pupcakes.

I was able to get photographs of the actual pupcakes distributed this morning to eager dogs.

Something new learnt today! Have you come across such pupcakes? I received this cryptic message on WhatsApp and having nothing better to do, I thought that I will count from my childhood and see how many in my life. The results are: