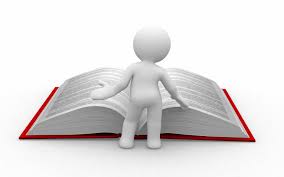 I rarely read fiction and prefer the so called heavier stuff. I however do make exceptions when someone highly recommends a book in the genre and that is what happened recently.

My cousin Damodaran is fortunate in having a commercial lending library close to his home in Vashi and borrows from there regularly. During a recent visit there the librarian recommended John Grisham’s Sychamore Row to him which he like so much that he recommended it to me knowing full well that I do not normally read fiction. I accepted his recommendation and got a kindle copy which I finished reading just yesterday evening. I enjoyed the experience and carried out some research on the author. I discovered an author who I had never read before and a genre that seems quite interesting, using legal matters as background. My research on JG’s other books led me to download the prequel to this book featuring the same lawyer Jake Brigance, which apparently was the first book ever written by JG which was only published after he became a popular writer. I now look forward to reading A Time To Kill.

Another exception that I have made in reading fiction is Jeffrey Archer. I started reading him after I read about his colourful background just to see what he could write about and got hooked. Since his fourth book in the series of Clifton Chronicles, Careful What You Wish For has just been released, I have downloaded that also on to my Kindle and will shortly start reading it.

Early yesterday morning my sister Padmini another avid reader, suggested that I read a new author that she has discovered Anne Mustoe. Padmini further added that since I prefer to read it on Kindle she will reimburse the cost as she believes that the cost will punch a big hole in her nephew’s legacy. I have duly downloaded Lone Traveller: One Woman, Two Wheels and the World on to my kindle. It is priced rather higher than usual but the saving grace is that it is a travelogue and not fiction. I am quite intrigued at the personality of the late author and am looking forward to reading her as well.

So, I shall be rather busier than usual with such a back log of reading besides the earlier backlog of one more book to read loaned to me by Miriam for the next week or so during which, I will also be going off to Thane on a day’s trip to attend a 13th day ceremony in honour of my late cousin who died last week.

I may therefore be a little tardy in blogging if at all, but will most certainly post the LBC post come Friday next.