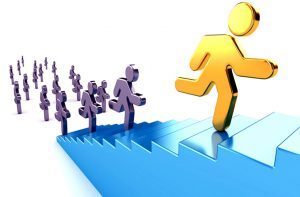 My fellow 2 on 1 Friday blogger Shackman asks this innocuous question which in my opinion has only one answer. Only a truly decent man can be an effective leader.

I can simply rest my case here and end this post but, I will disappoint Shackman and so will continue.

My working life included experiences of working under leaders and other figures in positions of authority. I therefore believe that I have the necessary qualification to make that observation. Fortunately for me, I had more leaders than others to report to and so was able to work under stress free conditions for most of my working life.

An effective leader can inspire one to perform whereas the other type of Superior expects obedience and therefore gets only what the book says and not that extra something that inspired work can deliver.

Positions and Titles give power. Take away the title and power goes away. Any title, position or power, unless it is built on justice, can not endure. Greatness does not lie in just being strong but equally in the right use of strength.

His Phone rang in church by accident during prayers…
The Pastor scolded him.
The worshippers admonished him after prayer for interrupting the silence.
His wife kept on kept on lecturing him on his carelessness till they reached home.
You could see the shame, embarrassment and humiliation on his face.
*He has never stepped foot in the church ever again.*

That evening, he went to a bar.
He was still nervous and trembling.
He spilled his drink on the table by accident.
The waiter apologized, gave him a napkin to clean himself up.
The janitor also mopped the floor.
The female manager offered him a complimentary drink.
She also gave him a huge hug and kissed him while saying “Don’t worry man. Who doesn’t make a mistake?”
*He has never stopped going to that bar since then*

“You can make a difference by how you treat people especially when they make mistakes.”

I hope that my readers are as eager as I am to see what Shackman has to say on the matter in his blog.

16 thoughts on “Can A Truly Decent Man Be An Effective Leader?”