I saw this posted in Facebook by a friend and could not resist the temptation to add the following comment:

“I have come across a lot of nuts in my time and they have all grown!” 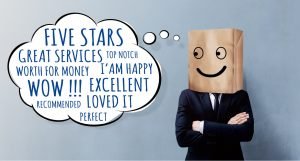 This post is inspired by a comment left by Conrad in my blog post Letter To Santa Claus that ended with “And you have shown me we are truly a bunch of nuts!”

Another friend had  posted this message on his Facebook page. “The whole lot on the tree.”

What would your response be? I received three phone calls yesterday from totally unexpected sources. The first one was the most significant as it almost resulted in the caller escalating the matter to crisis levels.

The first one was from my cousin who after reading my blog post My Life Saver got very worried and called me to find out what was wrong with me. Knowing that I am quite capable of making not only my own tea but also cook very edible meals, he thought that I was incapacitated in some way to order for tea from a restaurant. When he called, I had just got up from my siesta and the mobile phone was in the drawing room.  I did not respond to the first call on my mobile phone as I could not hear the ringing. He then tried a WhatsApp call which also went unanswered. He finally called on my landline and I answered just as he was about to disconnect to ring up my son to find out if there was any emergency. When the calls were unanswered he concluded that something serious must have happened to me and since even the land line was not being answered by either my son or daughter in love, he got really worried.

A little explanation is called for here. I should have been clearer about why I wanted to get tea from a restaurant in my post. For the past four days, I have been under some discomfort due to a pulled back muscle which makes standing and walking very painful. I am under treatment for it and feeling much better as I write this but, the day before yesterday was really very bad. The idea of standing and brewing my tea was very uninspiring and also distressing and that is why I had sought to buy tea from outside.

I explained this to my cousin who was assuaged and calmed down and we spoke about some other recent family matters and that was that.

The other two calls were from friends who too read my blog posts and who too wondered why I did not simply make myself a mug of tea as I would normally have. They also had to be given the same story and all was well that ended well.

I have learnt a lesson. I should not cause such worries to my family and friends and write in such a way that they get a full picture of why I do certain things.

I received this via WhatsApp from a friend.

I loved this and wanted to share it with you …

Why do I have a variety of friends who are all so different in character?
How is it possible that I can get along with them all?
I think that each one helps to bring out a “different” part of me.

My friends are like pieces of a jigsaw puzzle.
When completed, they form a treasure box.
A treasure of friends! They are my friends who understand me better than I understand myself.
They’re friends who support me through good days and bad.

Real Age doctors tell us that friends are good for our health.
Dr. Oz calls them Vitamin F (for Friends) and counts the benefits of friends as essential to our well being.
Research shows that people in strong social circles have less risk of depression and terminal strokes.
If you enjoy Vitamin F constantly you can be up to 30 years younger than your real age.
The warmth of friendship stops stress and even in your most intense moments, it decreases the chance of a cardiac arrest or stroke by 50%.

I’m so happy that I have a stock of Vitamin F (Friendship)!
In summary, we should value our friends and keep in touch with them.
We should try to see the funny side of things and laugh together and pray for each other in the tough moments.

I know I am part of their lives because their names appear on my mobile screen every day and I feel blessed that they care as much for me as I care for them.

Thank you for being my Vitamin Fs !!!

My readers have often commented favourably on some of the exchanges that I have with my friends about which I post.  The comments would appear to appreciate the bonhomie that exists between us.

I wonder what my readers would say to this image that was sent to me via WhatsApp by another friend with the comment: “Perfectly fits you sir🤪 “