All of us know about the famous Six Degrees Of Separation. This idea was proved to me by a series of coincidences.

I received a phone call from a gentleman, let us call him HP from my community. He spoke to me in our common language and syntax to establish his credentials and introduced himself as the cousin of a cousin twice removed from me called TM. HP said that TM had given excellent reference about me to him and that I was sure to be of help to him. I have not heard from TM in decades but was vaguely aware of his existence in Mumbai. HP came straight to the point and asked if he could depend on me to find out some details about a young man from Pune where I live too.

The enquiry was to establish the suitability of the young man as a prospective groom for HP’s daughter. This is not something uncommon in India where arranged marriages are the rule rather than the exception still. I said that I would try my best to find out about the young man given some time and then the discussion took on a different character.

HP wanted to know about my background and when he heard that I had spent most of my working life for a particular company, he was shocked and informed me that he was the cousin of a gent called TR who I had known too, and he wondered how someone like me could have worked in that company. He informed me that TR had been unfairly dismissed from service by the company following which he had died within a few years. I had not known about this as I was not in Mumbai where all this had happened and had already left the company to pursue other interests.

I was however intrigued and called up some old colleagues to get the story and was given the correct story about the dismissal.

The intriguing part of this tale is the degrees of connections that came up in the form of relatives, albeit distant and ex colleagues.

While going through some old photographs, the widow of an ex colleague came across a photograph of mine and some other colleagues with her late husband in a conference in 1988. She promptly sent a copy of it across to me on WhatsApp reminding me of the “good old times.”

One of the recipients in turn sent me a photograph of a lunch party a couple of days ago, where some old colleagues along with their wives had met for a post covid reunion. I had known all of them thirty years ago, and it was a strange feeling recognising the faces after such a long time. The sender was curious and asked me if I recognised all of them and was in turn zapped when I confirmed that I had indeed.

I wonder if this is normal for others too. Has something like this happened to any of my readers? 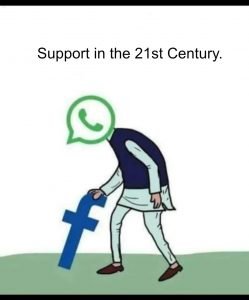 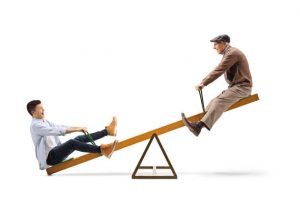 First, it was an unusual phone call from a relative who rarely calls. This was to advice me,  of the death of a friend of many decades. He had died peacefully more than a month ago and immediately after the funeral, his wife had been taken away to the USA by their two sons who are American citizens.

This came as a total shock to me as I had been sending. WhatsApp messages to him during this period and was not surprised by his not responding as he rarely responded to messages unless specifically asked for one by me.

I am still to get over the sense of loss and the lack of proper information from his family about his death.

If that pushed me into melancholy, what followed two days later came as a very pleasant surprise and quickly changed my mood.

A friend called me up to say that she had met an old friend from my working days and mentioned a name that I simply could not remember. I requested her to send me the telephone number so that I could speak to him to place him in the proper framework.

When the phone number came it showed a DP that was vaguely familiar but, the current looks of the man could hardly be the same as it was more than three decades ago. I rang him up and straight away apologised for not being able to place him, blaming my advancing years and fading memory for the lapse. He was understanding and explained how and where we had met and what all happened due to that meeting and a few others.

That discussion took me back to a time when I was in the midst of some exciting corporate activities and took me on a nostalgia trip. Just the medicine needed perhaps to get over the melancholia that the earlier news had given me.

Then to top it all, my daughter in law’s weekly day off meant having lunch together with her and my son, an increasingly rare occurrence as, even on such off days, something or the other comes up and I either end up eating lunch alone or with my son as companion. The icing on the cake was some fantastic food followed by baclava and my favourite flavour of ice cream.

Three different kinds of days in one week with different outcomes to my mood. Rather unusual for me. Somewhat like a see-saw!

I have known KS and his younger brother DS since my school days.

KS is a year older than I am. He worked in many jobs after schooling and brought up two sons to the best of his ability. The elder son Surya, did extremely well in his studies got scholarships and graduated from one of India’s top IITs with a B.Tech degree and like many of his contemporaries emigrated to the USA where he has flourished. The younger son Chander was able to graduate in humanities and got into the Civil Service with a Chennai posting where he has provided a home and care for his father since the death of his mother ten years ago.

DS on the other hand, failed to get through his matriculations examinations despite three attempts and became a seaman in the Merchant Marine and disappeared from India after a big showdown with his father who had scolded him for not studying enough. His parents and KS gave up all hopes of ever seeing him again some fifty years ago.

I received a phone call from KS yesterday to relate to me the following story.

DS landed up in Chennai some days ago and after much searching using all possible resources was able to locate KS and called on him two days ago. It was a grand reunion with much emotional scenes and reminiscences which went on for a few hours. It turned out that DS had settled down in Europe after getting married to a European and is now a citizen there. He has apparently established himself well with his in-laws and now manages their family business.

Chander hurried home from his office after a phone call from his father about the visit of DS and met his uncle for the first time. It was soon time enough for DS to depart and before he did, he told KS “You are very lucky. I wish that my son was like yours.”

Chander overheard this and became very emotional and at the door as DS was leaving hugged DS and was in tears. DS consoled him and asked him why he was crying. On Chander telling him that he was crying because he was overwhelmed by the praise he received from DS about wanting his son to be like him, DS without thinking said, “I was talking about Surya who has done so well in the USA” and left.

Naturally, Chander was inconsolable with the snub. It took many hours of comforting from KS and Chander’s wife before he could be pacified.

KS wanted to share his own angst and called me to vent on.

I too was and continue to be amazed at the thoughtless comment made by DS. Had I been in his shoes, even if I had originally meant the comment about Surya, I would have used the opportunity to praise Chander for looking after his father in the latter’s old age etc. I suppose that such thoughtfulness does not come easily to people who have been away from the family for decades.

What would have been your response had you been in DS’s shoes?