A friend sent this image on WhatsApp to me a few days ago and I have been thinking about the message that it conveys all this time. Beautiful moments pass away just like passing travellers…
Memories remain static just like the roads traversed…
After an age memories of the past keep haunting for the rest of our years…
But those moments never return throughout our lives…! 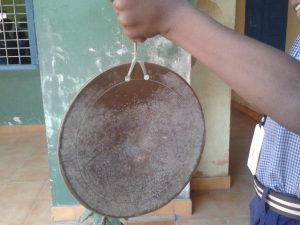 I suppose that this should really be called a gong but, this is actually a bell similar to the one used in this post.

For the past thirty years, if I over sleep, at 5.00 am, I am woken up by this bell ringing ten times. I can’t think of even one day when it did not.

My home lies directly across from a boarding school. The school existed much before our neighbourhood was colonised and residential homes came along and has a tradition going back to more than five decades. When we first moved in, we could see the buildings and the play ground as there was no wall around it as it does now. As more buildings came up around the area, the school put up a wall and on my advice to prevent drug pushers selling drugs over the wall to students, raised further by corrugated sheets. This has prevented us seeing the children play there but, at least, we are sure that corrupting influences do not operate from our side of the wall.

The bell is rung to wake up the boarders but is rung even when the school is shut down for vacations. Many years ago, I had strolled across to the Principal to ask why the bell rang even during vacations and he said that though most of the students would have gone home for the vacations a few would remain whose parents were overseas or to attend extra classes to catch up with the curricula that they would have not been able to during the regular classes. Made sense to me.

Apparently, some neighbours complained about the bell in the mornings and even tried to get a legal stay order but on finding out that the practice has been going on for much longer than the complainants moving in into the locality, the matter was dropped as other residents in the area actually welcomed the bell as it helped them either wake up themselves or their school going children.

This morning when I heard it, I was reminded of how even during the current lockdown the watchman of the hostel meticulously rings the bell every morning at exactly 5.00 am. I am in awe that he never over sleeps!

This post will be incomplete without one of my favourite poems.

For Whom The Bell Tolls.

Considering the background that I have given in this post, I would however alter the poem to fit the context.

For Whom The Bell Rings.

No man is an island,
Entire of itself.
Each is a piece of the continent,
A part of the main.
If a clod be washed away by the sea,
Europe is the less.
As well as if a promontory were.
As well as if a manor of thine own
Or of thine friend’s were.
Each man’s awakening enhances me,
For I am involved in mankind.
Therefore, send not to know
For whom the bell rings,
It rings for thee.

“No one achieves complete success in life but, even partial fulfilment is attained by but, a few. Unfulfilment is the normal condition of man.” ~ Irawati Karve.

This post has been inspired by Ekoshapu’s post on Reunion. Since I attend reunions regularly, what the poem says resonates with me.

The heartthrob of the school,

is a man grim and somber.

is now a weightlifter.

The topper of the class,

is a happy homemaker.

Back bencher of the lot,

The one who failed math paper,

is a fashion designer,

and one who often got to stand outside the class,

is a respected army officer.

The reunion taught me how,

people come with many layers,

and told me why we should,

never judge a book by its cover…

Let’s remember this every time we step into our classes;

Each child is a potential success story!! Lets help them write it

On reflecting on the topic, it also occurred to me that in these reunions, one rarely comes across someone talking about how s/he has failed whereas irrespective of whether one came from a background of privilege and money or the absence of it, the successes inevitably talked about it and maintained that they are self made successes. As a corollary, I suppose that the failures are also self made failures but, they are unwilling to admit it. They will blame everything possible other than themselves for their failures. Usually, the government, competition or often, bankers.

To reinforce this trend of thought, I have recently had to interact with two young friends of both categories and I dug up the Nightingale quote for the latter. He was quite stunned that it had not occurred to him and we spent quite a long time discussing how things could have been different had he done somethings differently or not done somethings at all. Since he is quite a determined sort, he has perhaps understood the situation and will try again.

To the former, it was easier to point out the advantages that he had to start with before he became an entrepreneur to deflate his ego a bit and give some credit to his parents and background. Subsequently, his father rang me up to thank me for doing that! I must have done something right for the news to reach the father!

Which brings me to the second quote on unfulfilment being the norm for most of us.  I think that Irawati Karve has hit the nail on the head but, am willing to be corrected by any of my reader/s who may think otherwise.

A dear friend sent this little poem in Hindi to me with his best wishes. Let me try and make justice by translating it to have the same effect in English. 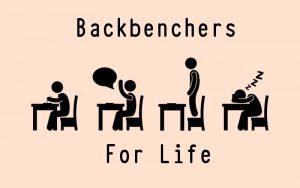 A Backbencher in the UK In Westminster parliamentary systems, a backbencher is a member of Parliament (MP) or a legislator who holds no governmental office and is not a frontbench spokesman in the Opposition, being instead simply a member of the “rank and file“.  You will see that there is no space between ‘back’ and ‘bencher’ as opposed to the title of this post.  That is because the contents here are for students in our schools here who either voluntarily sit or are punished by the teacher to sit on the last benches in the classroom.

Some students wear that honour with great pride.

Out of the blue, my friend JM posted this message in a WhatsApp group’s page a few days ago. I have tried to get details of the source without success and if some reader can help me I shall update this post with an update.

In school, there was, is and will be,
A unique and discreet subset.
A few rows of back-benchers,
Students, who were never afraid of a test.

The backbenchers took the longest breaks,
Took the longest to settle down.
Rarely would have done their homework,
Still, from teachers didn’t evince a frown.

They were current on movies,
And knew great stuff on sports too.
And if our city had secret places to visit,
They already been there an done it too.

They weren’t good at academics,
But weren’t bothered about it.
They were good in sports,
But would not bother others about it.

They were taller and heavier,
Some had seen more summers.
Puberty struck them earlier,
One of them was a drummer.

They had magazines which front benchers didn’t,
More glossy and re-readable at that.
There was an air of mischief,
And a smile that complemented that.

Except in the art class,
The ones in our class were great artists too.
They’d draw on the desk,
Art mentionable & unmentionable too.

They knew how to fly planes,
Land missiles on teachers.
And with a poker face,
Lie with panache & credence.

Catcalls and comments,
Came from them with a regular flow.
Assignments were jointly completed,
Later than sooner they would show.

They were a nice lot,
Happier than most others, I’d say.
More at peace with themselves,
Except on the results day.

Sports Day was the day they’d excel,
And make their class and house proud.
Win points and medals,
Be cheered by the crowd.

They had the colours on holi,
Their pen wielded ink too.
Their crackers resounded in toilets,
They had the gadgets & games too.

In time we met again,
In social media groups & reunions.
They’ve done as well as those in front,
The differences have melted since.

Happy then and happy now,
The backbenchers had a fair deal.
They must’ve slogged in between,
As good or better than front row, I feel.

It generally evens out in life,
Whether you were at the front or back.
The benchmark was never the bench,
Or where they sat, front or back.

I posted on the page that I was a back bencher in school and this poem resonated with me. I have also had the experience of being punished by being asked to stand up on the bench as shown in the image for the person in the third row.   I had also used some classes to catch up with sleep deprived due to excess physical activity.  I also used the opportunity to give my thoughts about what the others in the group might have been in school and all my predictions turned out to be true. None of the others incidentally, were back benchers though!

I mentioned this to a couple of friends and one of them said that he is not surprised that I was a back bencher but, his reasoning was based on my being larger in built than the average Indian male.  I thought that was odd and asked a school teacher friend of mine as to what could have prompted that observation and he promptly responded that the larger built students in schools were either into sports or the NCC, Boy Scouts etc and as such are less studious.  They are also more likely to be punished for being mischievous in class by being relegated to the back benches.  This too resonated with me as I fitted that description when I was in school.

The poem resonates with me because like the poem says, I have done as well if not better than the front benchers of my class in school.

What bencher were you? 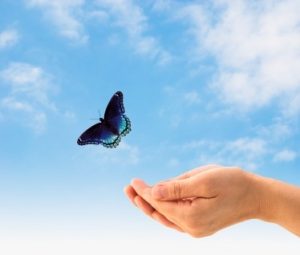 “Where the mind is without fear and the head is held high,  where knowledge is free.

Where the world has not been broken up into fragments by narrow domestic walls.

Where words come out from the depth of truth, where tireless striving stretches its arms toward perfection.

Where the clear stream of reason has not lost it’s way into the dreary desert sand of dead habit.

Where the mind is led forward by thee  into ever widening thought and action.

In to that heaven of freedom, my father,   LET MY COUNTRY AWAKE!”

Need I say any more?

I have suggested this topic for this week’s Friday 2 on 1 Blog Post where Shackman and I write on the same topic.  Please do go over to Shackman’s blog to read what he has to say on the topic.  Thank you.