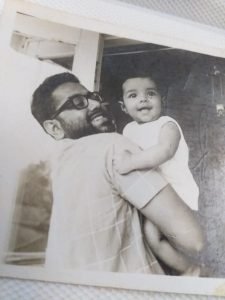 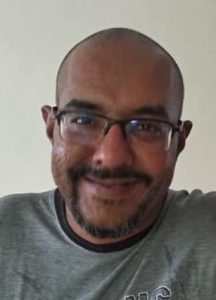 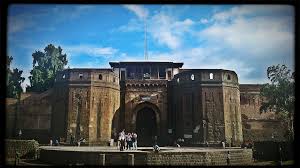 I live in Pune which is sometimes even now called “Pensioner’s Paradise”.

So, it does not come as a surprise to me when I responded to a survey in Facebook and the results are as follows: Too many “Over Seventy” reprobates with nothing else to do other than answer surveys! My favourite perch, my recliner, broke down during the third week of January and I approached the manufacturer’s Customer Service telephone number to request for repairs and also reupholstering.

After the usual tryst with numbers to be pressed I was told that someone from Pune will contact me and arrange for both the repair and reupholstering. This was confirmed on January 22, 2022.

After that, it took me a few more telephone calls before the local technician could call and give me an estimate and this happened on the 27th of January. After receiving the estimate and giving approval by effecting part payment on the same date, I was assured that I will be hearing from them again shortly.

That ‘shortly’ was actually a few more telephone calls from me before the recliner was finally collected on the 19th of February, 2022.

Again after a few telephone calls reminding the service centre, the recliner finally was delivered on the day before yesterday, after forty days from my first contacting the Customer Service Number.

After effecting the final payment after delivery and getting a receipt from them, I texted the local service centre – “From my first request to final delivery of my recliner it has taken 40 days. Is this normal?”

The response is classic. “No, it normally takes 35 days but, the upholstery worker was away from work for three days and it took five days more”. If you go to my “About Me” page you will know that I am addressed by various names and I have wondered why I have never been called by the name Sir Ramana!

That has now been set at rest.

I reproduce below a screen shot of a comment I made in a blog and the response that I received from the blogger.

Do you agree that I should henceforth insist on being addressed as Sir Ramana?

During lunch yesterday, my son suddenly reminisced about a dish that his late mother used to make which we had not had for many years. I remembered the dish and went to find the recipe book in which I could find it and found this. The book and the recipe found, the dish was made for lunch today and we enjoyed devouring that.

This post is however about two stories linked to that book.

Way back in 1982, a young bachelor colleague SMF had invited us to his pad for dinner and had cooked some amazing food for us. He grew rapidly in the company and by the time we had moved to our Head office by 1987, he too had moved, this time as a married man.

In the intervening years, I had developed an interest in cooking and SMF came to know of this by the treat I gave him to return his compliment by inviting him and his bride for dinner and cooking for them.

Later on, SMF came home on my birthday and gifted me with that book and it has been with me all these years.

Fast forward to a few years ago and the son of the author of the book, now a resident of Pune, and my son developed a business relationship and by chance, I met him when he had come home to meet my son. I exchanged my admiration for his father’s culinary skills and he was quite happy to hear me out. He however claimed not to have inherited that skill. Sad.

A sudden nostalgia for a particular dish led me to three incidents and some revival of interest in cooking again.