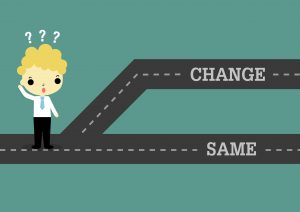 Shackman has suggested that both of us answer the following question for this week’s 2 on 1 Friday Blog Post. Please do go over to his blog to see what he has to say.

What single event – with a different result, would have caused the most changes in your life? Discuss those changes.

The single event that was more or less tectonic in its impact on my life was my late wife’s multiple cerebral and cardiac infarcts. This happened when I was 56 and at my peak career wise. I had to wind up all that involved, to become a 24/7 care giver for her.

Two other results, one, she was cured completely and the other, she succumbed and died could have both had the same impact on my life.

I would have simply returned to my career and reached further heights and made more money in the bargain. I would have retired after a few years definitely and even then, my life would have been vastly different than how it turned out to be.

For one, on retirement,  had Urmeela recovered fully, to start with, she and I would have travelled extensively within India with my showing her places that I had visited during my field selling days which, she had not. After we would have finished that, say, in a few years’ time, we would have retired to a farm house that we had planned and lived there as country folk visiting the city only occasionally but, providing a weekend home for our son Ranjan to enjoy breaks.  Had she died, I doubt very much that these would have happened.  I would have simply retired and lived the way that I have been living since her death.

Having said all that, let me add that I have no regrets. None whatsoever.

And to add a poignant song as a tribute to a lady that both my wife and I admired not only for this song but also for her acting prowesses here is a clip that I hope you will enjoy.