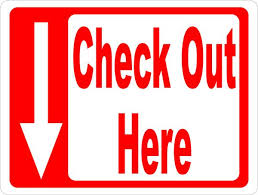 22 thoughts on “Checked Out Characters.”