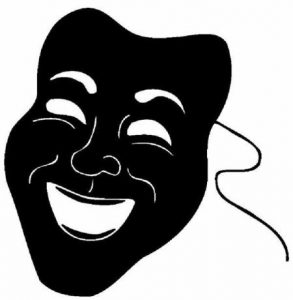 1. An old colleague Amol, got in touch with me some time ago, thanks to Facebook. I accepted his request for friendship and as requested by him sent him my telephone number.

2. A few days later, he called me up and we caught up with each other’s stories. And as it often happens during such conversations, he wanted to know where so and so and so and so was and I gave him as much information as I could about those that I knew of. He asked about a particular colleague Shrikanth and I promised to find out about him and let Amol know.

3. I rang up another colleague in the South who was closer to Shrikanth than I was only to find that he too had lost contact with him but suggested that I call the Personnel department of the company to see if they had any records.

4. I called up the Personnel Department and requested for information and was promptly sent a phone number for Shrikanth.

5. I called that number only to discover that it was a different Shrikanth. This gentleman however promised to find out details about the Shrikanth that I was looking for. Just to keep track, I saved that phone number as “Wrong Shrikanth” as, I had three other Shrikanths in my list of contacts.

6. I received a phone call from this Shrikanth a few days later to give me the sad news that the Shrikanth that I was looking for had died a few years ago. The conversation however proceeded further with him wanting to get to know me better as he had heard about me from other seniors in the company where he had joined after I had left them. He promised to keep in touch and that was the end of the story.

7. Two days ago, I passed on the information to Amol who however claimed to have known this Shrikanth and wanted his telephone number. I promptly sent the same via WhatsApp through “Share Name Card” facility and forgot all about it.

8. I got a call from Shrikanth asking why I had made his first name as Wrong when it was Vanchinathan!

9. It took a great deal of tact to describe the entire sequence of events to V. Shrikanth. At the end of course, both of us had a good laugh.

2 thoughts on “Comedy Of One Error.”