We had a lovely young lady visiting us at home earlier today. She had driven some fifteen kms from her home to a Beauty Salon near our home which she claimed was the best in Pune.

While she and my DIL were chatting about things that ladies chat about, I overheard a bit that puzzled me. The young lady said, and I quote her, “I am not the extension personality”.

I was puzzled as during my younger days, an “extension personality” was someone in an office, who, due to the nature of his/her work was given an extension phone without a dial which could only receive calls or make outside calls through the central telephone exchange board. It was considered to be a status symbol to be given such an instrument. 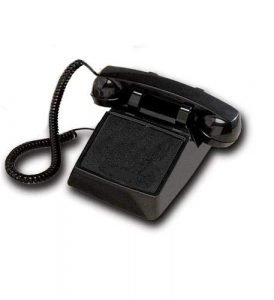 I decided to investigate what it meant in today’s context and discovered that the lady was talking about finger nail extensions.

I had to google for finger nail extensions to find what exactly the term meant! I wonder if such an extension would not cause problems for the wearer as well as others nearby!

Did you know about this beauty enhancement device?