According to WHO, globalisation can be defined as “the increased interconnectedness and interdependence of peoples and countries. It is generally understood to include two inter-related elements: the opening of international borders to increasingly fast flows of goods, services, finance, people and ideas; and the changes in institutions and policies at national and international levels that facilitate or promote such flows.”

I am all for this provided, the spirit of the policy is implemented without any reservation but, in practise, that has not been the case as the next choice comes into play. 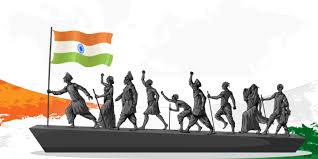 I live in India.  We have gone through a partition of the country that divided us into two and now that has become three with some elements of the division still troubling us.  Unlike the post world war II Europe, where full exchange of ethnic minorities took place, we did not due to what is now felt as stupidity of the then leadership of the country and we have an effective fifth column operating here.  We have a major problem of illegal migrants from our neighbouring countries encouraged by this fifth column and  some of our short term oriented politicians for vote bank politics.  There is also a sixth column which is the leftist  elite leftover from our experiments with socialism which, while on the retreat is also causing much damage to our youth.

Our Tribal Nationalism therefore is very appealing to people who are proud of our heritage and history who are unashamedly Indian and who are the cause for the despair of the English Speaking Left Intellectual Mafia as they are now called.  I have no hesitation whatsoever to confirm that I am a Tribal Nationalist who is willing to accept Globalisation which will treat us exactly as it would like us to treat it.  With respect.

I would therefore have preferred to call the title with an “And” instead of the “Versus” suggested by Shackman.

9 thoughts on “Globalisation Versus Tribal Nationalism.”