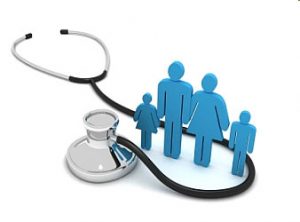 This Friday’s 2 on 1 blog post’s topic has been chosen by Shackman. I am sure that the recent spurt of anti Obama Care developments in the USA must have weighed heavily on his mind when he chose the topic. Being an Indian, I am concerned with what happens in India where we have a long way to go to extend full health care benefits and I use every platform to propagate my views which are not original but, practical any way.

Regular readers of my blog posts know that one of the credos by which I communicate is “Why reinvent the wheel?” My politics and economics is conditioned by A F Hayek. I would simply quote him from two sources to buttress my view that Health Care Is A Right that should be given to every human being.

“All modern governments have made provision for the indigent, unfortunate, and disabled and have concerned themselves with questions of health and the dissemination of knowledge. … There are common needs that can be satisfied only by collective action and which can be thus provided for without restricting individual liberty. It can hardly be denied that, as we grow richer, that minimum of sustenance which the community has always provided for those not able to look after themselves, and which can be provided outside the market, will gradually rise, or that government may, usefully and without doing any harm, assist or even lead in such endeavours. There is little reason why the government should not also play some role, or even take the initiative, in such areas as social insurance and education, or temporarily subsidise certain experimental developments.”
(The Constitution of Liberty of 1960 Pages 257 and 258.)

“There is no reason why in a society which has reached the general level of wealth which ours has attained [NW note: Hayek was writing not in prosperous post-war America, but in war-torn, austerity-ridden Britain in 1943] the first kind of security should not be guaranteed to all without endangering general freedom. …. [T]here can be no doubt that some minimum of food, shelter, and clothing, sufficient to preserve health and the capacity to work, can be assured to everybody. … Nor is there any reason why the state should not assist the individual in providing for those common hazards of life against which, because of their uncertainty, few individuals can make adequate provision.
“Where, as in the case of sickness and accident, neither the desire to avoid such calamities nor the efforts to overcome their consequences are as a rule weakened by the provision of assistance – where, in short, we deal with genuinely insurable risks – the case for the state’s helping to organize a comprehensive system of social insurance is very strong. There are many points of detail where those wishing to preserve the competitive system and those wishing to super-cede it by something different will disagree on the details of such schemes; and it is possible under the name of social insurance to introduce measures which tend to make competition more or less ineffective. But there is no incompatability in principle between the state’s providing greater security in this way and the preservation of individual freedom.
“To the same category belongs also the increase of security through the state’s rendering assistance to the victims of such ‘acts of God’ as earthquakes and floods. Wherever communal action can mitigate disasters against which the individual can neither attempt to guard himself nor make provision for the consequences, such communal action should undoubtedly be taken.
“There is, finally, the supremely important problem of combating general fluctuations of economic activity and the recurrent waves of large-scale unemployment which accompany them. This is, of course, one of the gravest and most pressing problems of our time. But, though its solution will require much planning in the good sense, it does not — or at least need not — require that special kind of planning which according to its advocates is to replace the market.

“Many economists hope, indeed, that the ultimate remedy may be found in the field of monetary policy, which would involve nothing incompatible even with nineteenth-century liberalism. Others, it is true, believe that real success can be expected only from the skillful timing of public works undertaken on a very large scale. This might lead to much more serious restrictions of the competitive sphere, and, in experimenting in this direction, we shall have to carefully watch our step if we are to avoid making all economic activity progressively more dependent on the direction and volume of government expenditure. But this is neither the only nor, in my opinion, the most promising way of meeting the gravest threat to economic security.

“In any case, the very necessary effort to secure protection against these fluctuations do not lead to the kind of planning which constitutes such a threat to our freedom.”
(The Road to Serfdom, Pages 148-149)

Please go over to Shackman’s blog to see what he has to say on the subject. Thank you.

6 thoughts on “Healthcare – A Right Or A Privilege?”