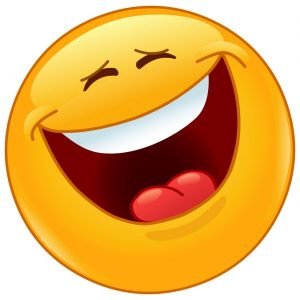 A friend called me up to inform me of a misadventure that another mutual friend SC and the latter’s wife had had. He could not give me the full information as his had come from second hand sources.

I therefore called my friend who took some time to answer the phone but, on seeing my name on the caller id slot,  started off by letting off a big laugh. This surprised me as I was expecting anything else but this as his opening. When he had calmed down, he said that he was glad that I had called and that he was planning to call me any way to share his misfortune with me.

The story that unfolded was that the 80 year old SC had slipped and fallen in their bedroom two days ago. He found it difficult to straighten himself as he had fallen between a dresser and the bed and also was hurting badly. His wife, hearing his shouts came to rescue him and in trying to, also fell down and had broken her fore arm bone in two places. Now, both were in agony and on the floor and unable to get up but, luckily, SC was able to lay his hands on his cellphone that had fallen below him. He called his neighbour who had to break down their entrance door to gain access to their flat and in the process gathered a few other curious neighbours as well.

The whole crowd came up with many suggestions culminating finally in one of them calling for an ambulance from a nearby hospital and finally the two were evacuated to the hospital for treatment.

I could not hold myself back any further at this point and asked him why if he had undergone all this he laughed as he answered my phone and his response showed why we are friends.

He said, that for the past two days, he had been reviewing all that had happened and was shocked at the response of the crowd that had gathered in his room before he was shifted. In his words, it was mostly morbid interest on how both the oldies had got into the distressing situation. He said, instead of those ghouls, had I been there, I would have lightened up the situation, taken charge and pointed out the comic side of the drama. He therefore was planning to call me to give his comic version when coincidentally, my call had come in while both were still in a hospital room. He just burst out laughing impulsively and was glad that I had called.

Both are well on their way to full recovery albeit with bruised egos and lighter wallets. Both however are facing their misfortune with humourous fortitude if that is the term to use in the situation.