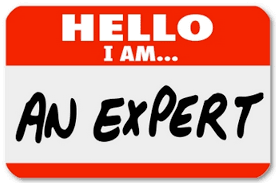 That preamble was to introduce you to a new word that I learnt today.

It is defined as “a person having  the habit of giving opinions and advice on matters outside of his knowledge or competence.”

Instead of that tongue twister, Maharashtrians, that is, people who live in Maharashtra, India, will simply call a person of that nature a Punekar.

For my readers, I think that I am an exception that proves the rule.  What do you think?

4 thoughts on “Learning – 7. Self Proclaimed Expert.”