Today, I had to make use of the services of two of them who extend me the courtesy of home delivery.

The first was a stationer AJ, who arranges to get my paperback books covered in plastic regularly besides keeping me supplied with other stationary items as needed. My home is halfway between his and his shop and I simply call him up and he comes home to collect the books on his way either to or from his shop and the next day will return them after covering. He will also deliver other items similarly.

I have been using all kinds of paper weights to keep my newspapers  from flying off in the mornings when I have a strong breeze blowing in from our garden. Today I suddenly remembered the old paper weights which were routine features on all office desks in the good old days and asked AJ if he had any and was pleasantly surprised to find that he indeed had. I ordered for one and he delivered me the ordered one and a free one as a loyalty bonus! The ordered one is the multi coloured one on the left and the bonus is the plain simple one on the right. 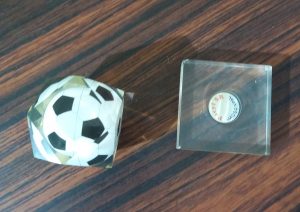 The second was from a sweetmeat seller who too has been delivering at home for me for many years following his finding out about my health issues. Today, I ordered for two sweets from him The top one is called laddoo and the bottom one kalakand. 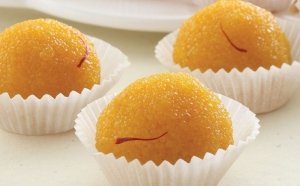 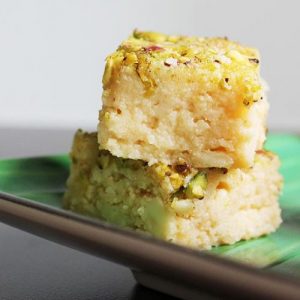 When I opened the parcel after I brought the package home, I discovered another small box containing these pedas too. I thought that there must have been some mistake and called them back only to be told that the packet of pedas was with their compliments for being such a good customer.

A day for gifts much appreciated.

Incidentally, my learning process continued. Since I do not normally keep cash at home, I decided to pay using my bank’s tele-banking application which I had to learn to use as so far, I had used Google Pay which gave me problems in the new telephone. My resident geek took great pleasure in being the father for the child.