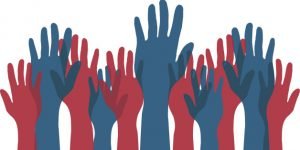 I think that the question is unanswerable in its present form. In my not so humble opinion, it is neither. It is a joke.  I am one of those who enjoy the process and see humour in it instead of getting worked up about the outcomes.

The winning side always faces criticism from the losing side which blames everything else under the sun other than its own shortcomings for its loss.  The losing side is lampooned by all kinds of pundits for being incapable of taking on the winning side.

This is more than amply illustrated by the joke that has been doing the social media rounds the last few weeks. “The USA has now realised that it is easier to get rid of foreign presidents than their own.”

There are other countries which, after election results are announced claim that the candidate has been selected and not elected.

And others where the whole world knows that the elections are rigged but, they are held nevertheless and the winner hailed.

The oldest democracy and the largest democracy in the world recently had two elections almost at the same time. The former to elect its President and the latter to bring in a new legislature and government to a large state.

Both had one significant thing in common. The losers refused to accept their losses and the following two cartoons say more than I could ever say. In the lower cartoon, Tejaswi Yadav the loser in India’s Bihar is blaming Rahul Gandhi whose party and the former’s party jointly fought the elections together against the winning combination. The text says – “What sanitiser have you used that victory slipped away from our hands?”

I do not wish to say anything more about the American democracy but, will about the Indian one.  To start with let me reproduce a quote from Winston Churchill.  “If independence is granted to India Power will go to the hands of rascals, rogues, freebooters; all Indian leaders will be of low calibre & men of straw. They will have sweet tongues and silly hearts. They will fight amongst themselves for power and India will be lost in political squabbles.”

This was during a debate in the British parliament in 1947.  Since then a lot of water has flowed down the Thames and India has survived for over 77 years as a  democracy  except for a short aberration between 1975 and 1977. It has had its share of heroes and villains like all the other democracies of the world.

I quote a bit from a incisive article by an eminent writer of India – “In popular Western narrative, India wasn’t expected to make it in one piece, much less emerge as the world’s fifth largest economy.”

In the meanwhile, it is interesting to note that Britain, the so called mother of democracies is supposed to be facing a crisis of democracy!

Do you now see why I think that democracy is a joke?

This is my contribution to this week’s Friday 8 On 1 blog post topic. The other seven bloggers who write on the same topic every Friday are Maria. Sanjana, Padmum,  Raju, Shackman , Srinivas and Conrad.  This week’s topic was suggested by Raju. Please do go over to their respective blogs to see what they have to say on the topic. Thank you.

17 thoughts on “Modern Democracy–Success Or Failure.”