My friend DM who lives in England posted this on his Facebook page:

“We went for a walk this p.m. and were reminiscing…. got to comparing our childhood with “These days”…. We came up with a list of things that were not available to we mere mortals back in the 1940s, 50s, and 60s….
Aubergines
Papayas,
Chinese Gooseberries (now called Kiwi Fruit)
Kumquats
Lychees
(all sorts of things…)
Funny how I can recall the fruit..
So…. what didn’t you have when you were growing up? What was only available in tins (cans)?”

I had responded with: 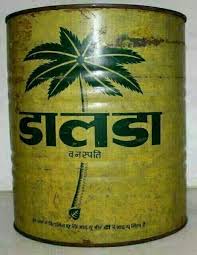 “The only thing that I remember coming out of a can was a cooking medium called Dalda. Everything else was bought and consumed with hardly anything being stored other than rice, pulses and flour. We did not have refrigerators. So everything perishable was bought at need and used up immediately.”

And DM’s response was simply mindblowing and brought back other memories with which many of my regular readers will connect.

“My parents bought their first ‘fridge in (about) 1958. The mechanism started to leak gas two days after the warranty expired….. other wise we had a stone shelved larder in most of the cottages we lived in.

A lot of foodstuffs were preserved by bottling (canning), beans were salted …. we even salted runner beans in the 1970s when we were first married….other tricks were used… eggs were preserved in isinglass (from sturgeons’ swim bladders) and milk was kept cool buy dint of evaporating water from a cloth covering the bottle or can.
We were never rich enough to afford the land to build an ice house…

To reflect back on those days without refrigerators and other modern conveniences has been quite a nostalgic trip. It took me to many other thoughts some of which can be found in this blog post.”