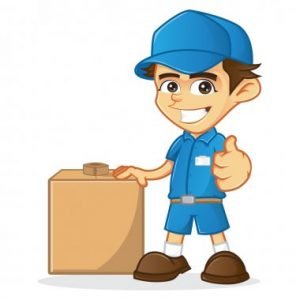 The door bell rang during my siesta earlier this afternoon, and there was a courier with a small parcel for me. He was cheerful and polite and greeted me properly, apologised for waking me up, and wished me a good day before he left.

The parcel was a paste used in some of our cooking and I kept it aside to take it to the kitchen later.

As is my daily routine, I had turned off the ringer of my mobile phone while I was asleep in the afternoon. On waking up and turning it on I found some missed calls and ignored them as the numbers were unfamiliar.

When I returned to the phone, I found as SMS alert and found a message from one of the missed call numbers saying that the number belonged to the supplier of the paste. I wondered why they would call me and rang them up only to find that the number belonged to the courier lad who had sent the message to me to identify himself as I was not answering the phone call from him to find directions to reach my home. He confirmed that he eventually asked around and found the address and had already delivered the parcel. All very cheerfully conveyed and with great humour.

I then went back to the paste only to find that there was no instructions on how to use it and so had to send an email to the manufacturer to obtain the same. Till the instructions come, the paste will have to wait. Sad. I was looking forward to using it straight away.

The redeeming feature of the whole incident was the cheerful courier person. I wish that all the courier companies would recruit/train their employees to be like that lad.