Yesterday for the first time ever, my son and daughter in love insisted that one of them accompany me when I was going out of our home.  I was going to the hospital for my booster dose vaccination. I was a bit annoyed as I had been making small forays outside near my home alone albeit with some difficulty and felt that I could have gone alone and got the work done.

Reality hit me soon enough as walking up to the auto rickshaw stand about a hundred meters away,  and getting into one,  was quite tasking. At the hospital, navigating the approach steps and the parking lot before the vaccination centre were also equally challenging and I was very happy to have had Ranjan, my son,  escorting me as I would have most certainly had a fall or had some other mishap otherwise.

It will be time soon enough for a walker instead of a walking stick or elbow crutches for me. Here too, Manjiree and Ranjan have thoughtfully already bought a foldable walker and kept it in my bedroom.

I am today older and wiser and realise that I have become the proverbial old dodderer. I am also very grateful that I have help at home, a luxury that almost all of my family and friends of my age do not. 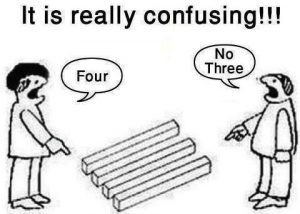 “Three may keep a secret if two of them are dead” is a quotation attributed to Benjamin Franklin and which has become an adage that has been handed down from generation to generation since his time. I personally think that something is a secret as long as one person knows it and as soon as someone else comes to know of it, it stops being one.

I often say that I am an open book and that I have no secrets hidden away in some depths of my soul.  Not surprisingly, I am not believed by most people who hear that.  They insist that every one has secrets.  My usual response is that the only secret that I keep is the fact that I don’t have secrets.

AND, there are open secrets.  Quite why they are called open secrets is anybody’s guess.   I live in Pune that has some great open secrets, read political corruption, that every citizen and many from other cities also know but, which remain secrets for the authorities who refuse to take action.

I know of a medium sized town where,  there are at least three cuckolds who are open secrets, except that the cuckolds themselves are not aware of being cuckolds.  There are also some some philanderers about whom the whole neighbourhood knows except their respective wives. Three seems to be some kind of conspiracy not to inform the offended parties about the infidelities of their spouses. Secrets being kept secrets!

My fellow 2 on 1 blogger Shackman is another open book whose take on the same topic for this week’s Friday post must be quite interesting too.  Please do go over to his blog to see what his take is.