I have written this post to participate for the first time in Karen’s Coffee Chat contest.

I was the first-born and a male. In our part of the world, that is the passport to all sorts of goodies from the parents, grand parents, sundry relatives, neighbors and just about every body else. In my westernized family however it meant nothing more than just a welcome addition to the family.
What I remember most of my childhood is being responsible for my younger siblings.
I do not particularly remember other parts of my childhood with much clarity. A brother followed fifteen months later and yet another two years after the second. My earliest memories start from about the time when our sister was born six and a half years after I was born.
Being the eldest, I was responsible to maintain law and order with the two younger siblings and my first distinctly remembered occasion is when my sister was born in a nursing home. Our father and his close friend, K had taken us to see our little sister. K dropped us off at the entrance and went to park the car. We went inside, came out quickly as we were too noisy and the staff shooed us away. When we came out, K was just entering and my youngest brother shouted loud and clear that he should not enter the room as no one was being allowed inside. What was remarkable about this announcement was that he was called by the first name like my father would call him, unlike what we used to call him – Uncle K!
By and large we had a cheerful and happy upbringing till my sister was about 2 years old. She was diagnosed with polio and suffered severe attacks on her left side. I was again made her caregiver apart from my parents and was with her through all the exercises and other regimes that she underwent at that tender age. She would hate to put on the calipers and I would gently persuade her. As we grew up I would get her to box with me as part of her exercise and she grew up just fine. While her left side is still a bit weak, she is quite normal otherwise. The bond that was built then continues as strong as ever today, after 60 years!
By the time my sister was able to be on her own, I had to go to live with my paternal uncle to go to school and that is a separate story altogether. I therefore did not have too much a typical childhood, though there were the usual games, broken bones, windows, outings and other diversions. They were just at a much lower intensity for me, though my two brothers had their higher share of such fun times. 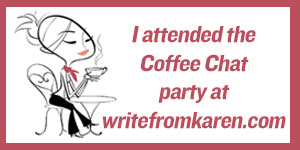