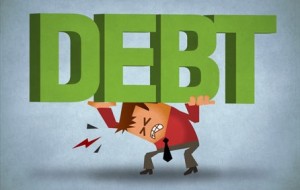 Somehow I don’t think that Maria would have expected what I am about to write as my contribution, when she suggested the topic for today’s LBC’s weekly posts when a few of us write on the same subject. Be that as it may, here I go, giving my two bits to the grand effort.

During those days when it was necessary, I never had enough to spend for just necessities, so, never really had the problem of overspending. I grew up and had a family life during most of India’s socialistic pattern of society experiment and was in the high income tax bracket with little spare cash to indulge in extravagance. My situation changed when the economy was liberalised and I changed jobs, but old habits die hard and I never did go on spending sprees.

I was also lucky that my late wife was as prudent as I was and so between the two of us we lived prudently and comfortably without keeping up with the neighbours.

If there is one area where I overspend, that is in buying books which has been a weakness for decades and I think that since it is a harmless pastime of some benefit to me, it can be forgiven by the younger fans who read this and who are in debt living a life of EMIs.

Despite that however, I am debt free, asset rich and revenue comfortable.  I think that it is a nice way to be.

Readers will remember my posts about my friend’s problems with his credit card. A reader impressed by the posts, sent me the following story by email.

Ramesh and Sumathi were on a cruise holliday to celebrate their ten years of wedded bliss.

In a sudden storm, their liner ran aground in the night and in the morning the Captain advised the passengers that, he was sorry to report that, although the ship had run aground on an island, the island was itself not on any map and it was unlikely that they will be found by anyone. He was unable to send any messages as the electrical and radio equipments were all damaged beyond repair in the wreck.

Ramesh turned to Sumathi and asked her “Did you send the check to XYZ Bank for the monthly credit card payments?” Sumathi – “Sorry, I forgot.” Ramesh, “And the check for the house loan monthly payment?” Sumathi, sorry, in the hurry to pack and leave, I forgot that too”. How about the car loan, he asked and got the same reply.

Ramesh heaved a sigh of relief and said, “Not to worry. They will find us.”