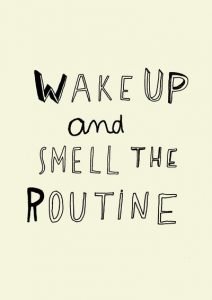 A fellow blogger and  well-wisher,  Jean mailed me to ask if all was well with me as I had not been writing blog posts since early October. I had responded with:

“I am hale and hearty and enjoying being a couch potato.

I have not come up with anything to write about recently. I read your posts every day.

Thank you for asking.

Since then I had seriously been considering coming up with some ideas every now and then to blog more regularly and a golden opportunity presented itself with two running holidays for our newspapers following our five day long Deepavali festival.

As my readers know, my morning routine includes reading five newspapers and solving seven crossword puzzles. I was totally lost during the two days when the newspapers did not arrive and was quite frustrated trying to occupy myself with something else. It is a wonder that I survived.

The delivery of daily newspapers recommenced this morning and I am back on even keel. So much so that I indulged myself with a pedicure/foot massage and a hair cut/beard trim/ head massage as I was lucky to find a noon slot with the pedicurist.

I am feeling great with that indulgence and will now give serious thought to finding things to write about more often.

A tube shaped fluorescent lamp is termed as tube light in India and someone who is slow on the uptake is also called a tube light as when one switches on the lamp, it takes a bit of time to light up unlike the other bulbs that come on instantly. I had installed one in my bed room to give enough light to read while lying down inside a mosquito net. This lamp had given me long faithful service since 1999. I had to replace the choke for it a couple of times but, it worked perfectly well till just a few days ago. It simply gave up its ghost. Since it was during the Deepavali holidays, I had to wait till this morning to get an electrician to come and have a look.

The electrician, took one look at the ancient installation and smiled and said that the whole shebang had to be replaced as chokes and the tubes are no longer available. I was intrigued and agreed to replace it with whatever has come in the market in its place and this is what has.

It is a compact LED unit which actually gives more light than the old faithful and what is more important, lights up immediately on switching on.

I did not even know that something like this was available! A mistake that most people make when they read Drucker’s quote is to treat both as mutually exclusive.  They are not.  Both are vital in all aspects of life, particularly, when it comes to customer service.

I placed an online order for some Deepavali goodies on the 16th inst.  On the 18th, I received a text message to the effect that the goods had been shipped on the 17th and gave me a tracking number.  I had been tracking the parcel from the 18th online and finally got fed up and the outcome was this story given below.

This letter that I wrote to the Head Office of a large courier company in India earlier this week cannot be any more lucid.

“Your Yerwada Pune office, which I presume is a franchisee is the most unprofessional commercial establishment that I have come across.

I get many parcels through many courier companies and have not had the few experiences that i have had with your Yerwada branch. So much so that I have requested my contacts in the South of India not to use your services to send any thing to me.

The parcel reached your Yerwada office on the 18th of October and till yesterday was not delivered to me. With great difficulty, I found their telephone number and rang them up to enquire when one Mr. Isaac was most inefficient in his responses and I finally had to send someone personally to collect the parcel from your Yerwada office. That person found three men there very clearly under the influence of alcohol.

The parcel was opened and it was clear that attempts had been made to see what was packed inside. Luckily despite damaging the plastic outer over of a box, nothing was stolen though the last time the same sender had sent me some edible stuff one packet was stolen.

I am disgusted. I have informed this sender also not to use your services to send anything to people in Pune.”

Let me explain the concepts involved vis a vis Drucker;

The vendor shipped properly and on time and having arranged to inform me about the shipment, washed his hands off the matter as there was no follow up to ensure that the goods were delivered on time for the Deepavali celebrations. He was efficient but not effective. Why not effective? He also shut down his shop for Deepavali and no one would answer the phone and even emails to him were bouncing.

Let us now come to the Courier company. They accepted the parcel, duly entered the details in their online system to enable the recipient or sender to track the parcel. All along the way, the system was updated as the parcel changed hands and offices. The courier company was efficient till now but became ineffective when they did not catch the parcel not being despatched on the 18th inst, or even the 19th from their Pune office.

I however think that I was effective in writing to the Corporate Head Office and I am rather surprised at their response. Within a few minutes of sending the mail, I got a copy of the mail that they sent from their corporate head office to their Regional Head Office in Mumbai reading as follows:

“Urgently find the below complaint and do the needful.”

The language is typically Indian English and let us give allowance for that and accept that the CHO has done the thing right and also the efficient thing. They have kept the reporting structure intact and kept the customer informed on the action taken. Have they been effective? No. Nothing further has happened as I write this blog post. I will now become efficient and hopefully effective by sending a reminder to the Head Office every day, till I get a resolution to this poor customer service.

I shall also be writing to the vendor that I shall not place any orders on him unless he changes the courier and would follow up till I get a commitment from him. If I cannot succeed in that endeavour, I shall simply find another vendor. In my community of Tamil Brahmins, the deepavali day starts with the lady of the house applying oil on the head of all members of the family. Everyone then goes to take a bath and comes out to partake in the festivities that would follow.

My late mother used to do this for us when we were children and after we grew up whenever she was with one of us, she would do the same. The last time that she did it for me was in 1998, the year before she bid us all goodbye.

During the mid seventies, I was posted to a company gated community where some young Management Trainees were housed in Bachelor Quarters and the ones from Tamil Nadu used to spend a lot of time in our home as ours was one of the two Tamilian homes in the compound.

One such bachelor of those days, parted company with my then employer in 1982 and dropped out of sight. Before that, I had visited him during a vacation at his home to meet his parents and have very happy memories of that visit when I was extended an amazing hospitality and gifted with a reed mat by his father which lasted for over forty years.

This friend from those days, suddenly rang me up last week after having obtained my telephone number through a very circuitous but persistent effort and threw me for a literal toss! After having caught up with all that had happened since then in our lives, we asked about verious people of mututal acquaintance.

Hearing from him after 35 years was an amazing experience and both of us went on a nostalgia trip talking about our days at the compound. He particularly remembered the two occasions when he had the privilege of getting oil applied on his head by my mother and spending Deepavali with us at home enjoying the goodies throughout the day.

Just another story to bring back old memories and regrets? No, the punchline is in the friend’s name. Mohammed Iqbal.