Looney in his comments on my post Salisbury Park, asked: “Has the policy changed? (I see a lot of resources flowing from India into my neighborhood!)”

Reverse colonisation has indeed taken place but not the way Looney has suggested.

Let me assure him that Indian resources have not gone off to the USA. The Resources that can survive tough competition and prosper to the same standard of living as that the USA has to offer, have stayed in India.

We are a nation of 1.4 billion people. If about 3 million of them decide to go to the USA, and every year more are going, that is not a drain of resources but an export of talent that brings in regular revenue in the form of remittances. In other words, American resources are being sent to India. I for one can understand the xenophobia there.

The point is however not that the reversal has taken place with focus on the USA. The impact on the UK, the original coloniser. can be seen here. Yes, the East India Company which started the process of colonising India has now changed hands and is now owned by an Indian.

That is not all. Indians own and operate many businesses in the UK now. Just take a look at this BBC report. And take a deep breath in to see what Capitalism does now.

Between 2000 and 2015, the UK invested $22.2bn (£14.5bn) in India, accounting for around 9% of foreign direct investment in the country, according to a report by UK business group the CBI.
This makes the UK the largest foreign investor in India after Singapore and Mauritius.
The CBI study added that in total UK companies are estimated to employ 691,000 people in India. That is 5.5% of the organised private sector workforce.
Mr Heald says: “We estimate that there’s been a 300% increase in the number of British companies setting up there in the past 10 years… there’s been a huge acceleration.
“And the type of company is changing too – it’s more e-commerce, services, IT and education.”

Looney has to think about the USA’s colonial past too. If he does, he will enjoy the process of reverse colonisation as depicted by the following photoshopped photographs. 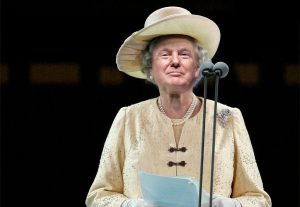 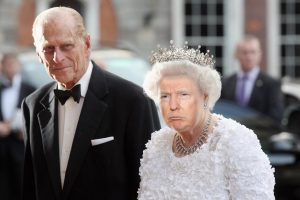 The East India Company from London came to India in the year 1600. It was the forerunner of British Colonial rule over the entire Indian subcontinent, currently called South Asia.

All Indians of my generation and before learnt all about the EIC and how they were replaced by direct Crown rule as part of our history lessons. Such history has tended to get diluted subsequently and perhaps many modern students may not be even aware of the role played by the East India Company.

Earlier this year, we came to know that an Indian has bought out the East India Company and was in the process of turning it into a departmental stores.

Today, it is a vibrant organization with a clear vision of where it wants to go.

There will not be many Indians who will feel as deeply about this development as I do. I am sure that those who do, will join me in saluting Sanjiv Mehta.

Conrad, another hero that I wish had been me!