After reading my post Information Overload, a friend sent me this gem. I hope that it gives you as much pleasure as it did me. To the left is Gauranga Prabhu of ISKCON.

To the right is Sundar Pitchai.

Both graduated in Engineering from prestigious Indian Institutes of Engineering in the same year. The former is a leader in matters spiritual and the latter a leader of the world’s largest IT company.

Don’t you find it amazing? 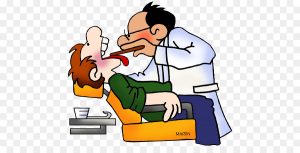 A friendly exchange between a dentist friend who came back into my life yesterday after twenty years and me. He was away in the Middle East all these years.

Friend: So, what do you do nowadays?

I: Ok, I am a cruciverbalist.

Friend: What is that?

I: I solve crossword puzzles.

Friend: Meditating and solving crossword puzzles is not doing something. Those things just take a couple of hours every day.

I: What are you doing nowadays?

Friend: I have opened my clinic and established my practice.

I: So, how many hours do you actually attend to teeth?

Friend: May be two three hours every day.

I: So, you can be a dentist with three hours of what you do and I cannot be a cruciverbalist or a meditator when I spend three hours on the former and an hour and a half on the latter everyday? 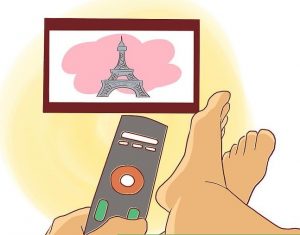 Blogger Padmum has not blogged in a long time due to preoccupation with other weighty matters but, that has not stopped her from coming up with ideas for her brother to write blog posts on. This is one. There was a peremptory message on WhatsApp from her to her beloved brother suggesting that this be done. Never having been able to deny her anything, here I go attempting it.

She suggested another topic as well, which will follow soon. Just watch this space.

Disclaimer. I have travelled a great deal in my pre retirement days and strongly believe that substitutes do not come anywhere near the physical presence in strange locations to get a feel for the place and its people.

Having got that off my chest let me find the ways in which one can go anywhere from the comfort of one’s home.

The first way is to get oneself a good computer and the best possible internet connection. Once you have these two prerequisites, all that you need is to request Uncle Google to take you to any place on earth and he will oblige. He has got the widest possible access via satellites and Google maps. He would often guide you to consult Aunt Wikipedia who keeps getting her information updated by a vast network of nephews and nieces.

The second way is to ask Uncle Google again to list movies that show the place that you wish to visit. He will gladly oblige and you can either see the movies via Netflix or Amazon Prime or get a DVD of the film. Quite often a visit to the Youtube will also show you the film that you are looking for. This activity requires the first prerequisite as well and if you want the best results for movie watching a smart TV too.

The third way is to read books. In many ways I should imagine this to be the best way to get a feel for the place though it would be second hand. Travel books often give more details than the other methods.

The next best way to do this is to locate characters like me to ask about their experiences. The limitation here is obvious in that the coverage that the first two options will have will simply not be available to the intrepid traveller, no matter how extensively he has travelled.

I would be delighted to receive any other ideas that my readers can come up with.

It is perhaps fitting that the last post on the LBC weekly Friday outing is this strange subject. Last because, by mutual consent, the LBC has decided to stop writing every Friday on one subject to offer different points of view. While the LBC has been disbanded, Shackman and I have decided to continue to write every Friday on the same subject just to keep ourselves in practice. So, 2018 will have only two posts every Friday which in any case has been the case for the past few months. We are just formalising the truth of the demise of the LBC and the rebirth of a new Two On One effort.

I had never heard of Roswell and had to educate myself which I did thanks to Google Guru and Wikipedia class room. From this distance to me it appears to be a fascinating study of human behaviour. One mysterious event, some speculation by highly imaginative individuals and a legend has grown. I have nothing to add to what Wikipedia has taught me and am actually at a loss to add some meaningful contribution to the topic.

I am however of the opinion that such mysteries challenge the human mind in all settings and wish to write about one particular one that has been of quite some interest to me for decades. I have visited the site and it is indeed mysterious and while there, felt quite strange, as though that I was living in the past.

I take my readers and Shackman who has suggested this topic to a centuries old mystery in India. An abandoned village called Kuldhara which is now a tourist destination for people willing to speculate and use their imagination to come up with their own conclusions just like people do about Roswell in the USA. Here is what Wiki uncle has to offer about Kuldhara.

I had drafted the above material three days ago and this morning I was pleasantly surprised to read this story in one of our newspapers. I would sure like to go there and spend a night just to see if any ghosts disturb me!

Shackman has suggested this week’s topic. You can see what the other writers of the LBC have to say in their respective blogs.  Maria, Pravin, Ashok and Shackman<</a Recently, there have been some evenings when my daughter in love Manjiree has been asking a lot of questions about our past about which she does not know anything. Her questions have covered mostly Ranjan’s background and about our relatives that she has met. A natural tendency to get to know about her husband’s background.

During one such session she asked me very searching questions about her late mother in law, Urmeela and I suppose that she was not satisfied with my answers for she suddenly appeared a couple of days ago and asked me to go to a link online that she helped me key in.

Lo and behold. this is what I saw appearing on my computer’s screen:

“Artists like Dasrath Kumari Mathur and Urmila Shaw could not be very active in their careers after marriage. “Urmila Shaw was the best painter in our group”, says Fatima recalling her college days in Hyderabad.

Urmila was a Christian and belonged to a middle class family. She had been active in the professional field right from her student days at the local college. She was appreciated for her work by almost everyone known to her, particularly Vidya Bhushan, her teacher. Like him she also went to the erstwhile Yugoslavia to learn mural techniques. She and Usha Shankar worked on the Ajanta mural project, assigned to Vidya Bhushan by the Lalit Kala Academy. Urmila’s family and that of Vidya Bhushan’s were friends.

Urmila was in Hyderabad until the late 70s. She went to Bombay after marriage. Later she settled down in Pune and still lives there. She continued to paint for a long time following her marriage. Urmila and Usha were friends. Usha began to study FineArts after marriage. Her husband encouraged her in her creative pursuits. She had a fascination to experiment with various media, such as, oils, acrylic and egg tempera.”

Every name in the narrative was known to me as I had met and spent time with all of them and had even visited all of them at their homes, and had also attended their exhibitions on occasion. All except Fatima sadly are no more.

That Fatima, a formidable personality considered her as the best in their group came as a complete surprise to me. That Vidhya Bhushan thought very highly of her was known to me, but Fatima’s praise came as a very pleasant surprise. Incidentally, she is very much in Pune and is quite active in the art world.

The reason for the title of this post is that I have been googling for many things for many years but had never found this particular passage till now. On asking Manjiree how she found it, she enigmatically replied that she asked google the right questions!