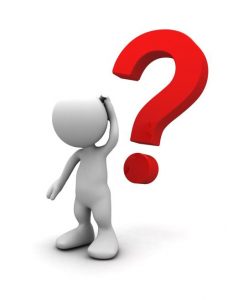 1. What was the last thing you put in your mouth? My afternoon mug of tea.

2. Pajamas or gown? Neither. Lungi and Kurta.

3. Worst physical pain you ever been in? Pre-replacement pain in my hip joints.

4. Favourite place you’ve ever been? Jamkhandi.

5. How late did you stay up last night? Ten pm.

6. If you could move somewhere else, where would you move to?  Himachal Pradesh.

7. Christmas or New Year? Neither.  I am not into festivals.

8. When was the last time you cried? I can’t remember.

9. What’s the last photo on your phone? 10. Two of your favorite movies? Spartacus and Guide.

12. Which famous person would you like to meet? Sean Connery.

13. If you could talk to ANYONE right now, who would it be? My late wife.

15. Does pineapple belong on a pizza? I am not much of a pizza fan.  Frankly, I don’t know.

16. You have the remote, what show would you be watching right now? I don’t watch TV as a rule.

17. Three people who you think will play along?  My friends SB, SS and KS.

19. Favorite food? All kinds of sweets.

Two things happened after I wrote my post on The Beards Are Ruling. . First, I came across a video clip via WhatsApp sent by a friend which I share below with my readers. Second, I remembered another bearded friend and ex colleague about whose Remarkable Career I had written blog post.

This is a motivational speech in Hindi by Abhinav Kumar, India Head of Trivago.

For my readers who do not understand Hindi, Abhinav Kumar’s speech covers simply how he became what he did, despite coming from a small village in Bihar, by grabbing every opportunity that presented itself without any second thought. And every time he also learned whatever was needed to learn including how to speak English, and just kept moving in unusual trajectories that eventually made him what he is today. Rajinder’s career too has been one where he grabbed the opportunities that came his way, did the best that he could in each situation and moved on to finally a contented retirement.

A rather unusual career path for the son of a bureaucrat from the then establishment, Rajinder acquired a Master’s degree in Geography.  Yes, you read me right!  He then was able to secure employment in a public sector organisation where he found himself getting claustrophobic and, unwilling to be part of a venal system, quit.

A smart Sales Manager, not me, saw something in him and hired him as a Sales Representative.  He was very good at it and won many awards for being so as I personally can vouch having been his colleague then.

When his brother offered to help him get a position as a trainee mariner, Rajinder quit his position and took the gamble and joined the merchant marine in 1992.  Working hard and studying simultaneously to write and pass qualifying examinations, after ten years, in 2002 he became a Master and captained cargo vessels till he retired three years ago to a well deserved retirement.  Since his wife still works at Jaipur and with other responsibilities there, he lives at Jaipur but, has already acquired his permanent retirement home in Himachal Pradesh. A man from the mountains, who moved to the plains to make a living, went to sea to make a totally unplanned for career, retired and will eventually return to his beloved mountains.

This is Rajinder now with his companion Hunter at his home in Jaipur. Shackman, he and I not only keep beards, all three are also dog lovers.