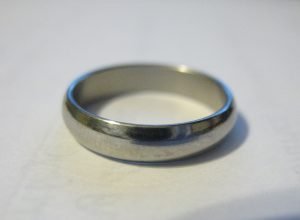 In my blog post yesterday, I had included a video clip of an interview with Kevin O’Leary of The Shark Tank fame. In that interview, towards the end, O’Leary justified the student continuing to study to get his Engineering degree and he adds that getting the Engineers’ Ring is a much desired thing among Engineers.

This one statement took me back to 1966 when I had to work in an Engineering Firm in Mumbai during my summer vacation as an intern for eight weeks as part of the requirement for my MBA degree.

In that firm, I was attached to an Engineer as my mentor who had a ring on his finger about which I was curious but, considering his formidable position and my own need to be on his good books to get a favourable report about my internship, I had kept quiet till the very last day of my internship.

The last day finally arrived and during my exit interview he asked me if I had any questions and I asked him about the ring. He smiled and explained that it was a ring that he had acquired in the USA having qualified as an Engineer there. I thought it was weird as I had not heard anything similar anywhere else but, kept the information to myself.

This interview led me to an explanation in the Wikipedia which finally explained the phenomenon. 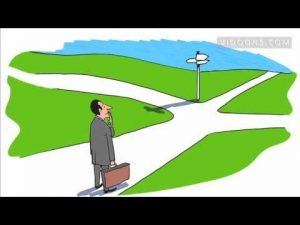 Yesterday I started reading a book which was gifted to me by a friend and a statement caught my eye. “A Professor in a School of Management who has written a book on Decision Making, was offered positions in four different organisations and consulted a friend on which one to choose. The friend smiled and said, “Why ask me? You have written a book on Decision Making.” The Professor responds, “But, this is real life!”.

As it happens so often in my life two things happened one after the other after having read that little vignette.

A class mate from Business School is visiting Pune and, my two classmates residing now in Pune and I met up with him over tea at my club last evening. During the conversations, we naturally talked about our two years at the school and some of the faculty members.

Some Alumni have collected funds for instituting an annual award and the visiting friend suggested to a local friend, an academic, that he should suggest a criteria to decide on awarding a gold medal to an alumnus. This led to some hilarious discussions on decision making and naturally no conclusion could be arrived at.

This morning I received a clip via WhatsApp which led me to an interview with Kevin O’Leary of Shark Tank fame, which too talks about decision making which I am sure will amuse as well as rile some readers.