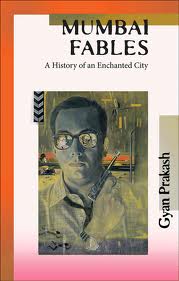 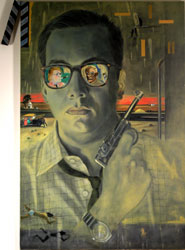 I live in a Co-operative Housing Society consisting of twelve flats (apartments, for my American friends). It is a nice cozy little society and all the residents are quite friendly with each other. All of us, except two have been here from the time the society was formed. Out of the two, one is a member who joined us just four years ago and one has been leased out by the member to someone who is not very sociable with the rest of us.

One member, recently has sold his flat and has relocated to Mumbai. He and his wife came to take leave of me yesterday and he tried to explain the reason for his move. To cut a long story short, he wanted to move back to Mumbai because most of his family was still there and in his old age, he simply wanted to be closer to them. It was a bit annoying though, as he was whining about how Pune has changed for the worse, and how he hoped that in his new Mumbai suburb he will be happier.

Pune was considered to be the pensioner’s paradise when we moved in here. We came via Bengaluru and Mumbai and many other postings before that, with Mumbai being the longest and the most stays. I was in a transferable job then and as a routine, we would relocate every thirty or thirty six months, sometimes at shorter durations too. For most other Pune residents, coming to settle down in Pune was purely for economic and health reasons. One could sell a flat in Mumbai for a ransom and buy a much bigger flat in Pune for much less than the sale price at Mumbai and this enabled many to live comfortable retired lives in Pune. Pune with its very moderate climate and laid back life style was a wonderful place to live in. It no longer is due to “Development and Progress”.It is still better than say Bengaluru though!

The normal topic of conversation when the older citizens get together in parks or social occasions is how Pune has changed and what can be done now that half the benefit of moving to Pune has disappeared. I call these “whining sessions”. I normally do not like to whine about this and voice my opinion that having made our beds, we must sleep on them.

My neighbour’s recent whine in the reverse direction and with the plea that I should also consider shifting back to Mumbai reminded me about Conrad’s whine bar. If he revives that, I can assure him of a lot of traffic from many Punekars (People from Pune), who I shall forward with great glee to his blog. Game Conrad?

Last year, after the Mumbai terrorism, I had written many posts and responded to comments and my regular readers will recollect the mention I had made of my friends and their son Kaizad. Kaizad was a budding chef in the Taj Hotel, and he was deliberately shot and killed by the scum. I reproduce the article interviewing Nawaz and Noshir that appeared in our local newspaper by a scanned copy as the article is not appearing in the eversion of the newspaper. By clicking on the image, you can enlarge the image to read better and you will also see the photograph of Kaizad the gentle giant.

My young friend Sandeep has written a poignant post in his blog about Mumbai and you can see my comments on it here.

The Times of India has published another very interesting article which is worth reading as is the article in the Independent.

Pakistan has indicted seven people in Pakistan for the roles played by them in the massacre but the key players still enjoy official protection and patronage. Pakistan is imploding everyday and I envisage major problems for Pakistanis, refugees from there who would like to come over to India and Indian Muslims who would like to help them, in the days to come. I hope that the Pakistani establishment would get a grip on its country, its economy, its development and its people to avoid becoming like Somalia.