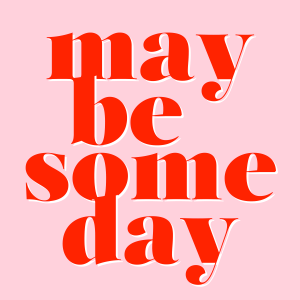 As soon as I laid my eyes on the topic suggested by Shackman for this week’s Friday 2 on 1 blog post where he and I write on the same topic, I could hear my late mother telling me innumerable times, “Someday, you will remember me / thank me for, telling you this.”

And as I was typing that first paragraph, I could also remember me saying exactly the same thing to innumerable people who had the misfortune of having to listen to my prophecies.

While I can indeed recollect many occasions when I did remember my late mother’s prophecies come true, I haven’t been lucky enough to hear any feedback from the recipients of my prophecies. I suppose that some unfortunates must have remembered, much to their chagrin.

I stopped being so prophetic some years ago when it struck me that I may not be around myself for too long to see the prophecies come true. Or, is it just that there are no more unfortunate souls having to put up with such a character who would have also loved to use another follow up phrase – “I told you so!”

Come to think of it, there have indeed been occasions when I had used both! Someday, I will take great pleasure in telling you I told you so!” I bet that Shackman and all my readers without exception would have no doubts in recognising all three usages either by their parent/s or themselves.

We are human after all and these must come naturally to us.

Someday, you will remember having read this post and remember me. I hope that I am around so that you can write to me to remind me of it. Then, I can tell you, “I told you so!”

Please do go over to Shackman’s blog to see what he has to say on the topic. Thank you.

And as a treat, here is a song that I somehow got to like some years ago. The lyrics are simply mind blowing.