This is my third. 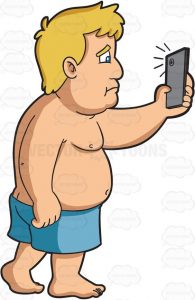 For me a selfie is a term to be weary of. I belong to a spiritual tradition where the self and the Self are treated with a great deal of respect and constitute the major part of its pedagogy. It all started with my being gently led to a book by Paul Brunton called The Quest Of The Overself by a well wisher who did so when I told him that I was named after Ramana Maharshi. That book, one that I still go to for reference, was among the many influences that led me to Indian spirituality at a time when I was deeply embedded in a highly materialistic pursuit.

Nowadays I just have to go out of the house for an errand and I will see a few instances of people taking selfies. How I wish that they would spend the same amount of time on going after the ‘Self’?

And when I read stories like this one repeatedly in our newspapers of people losing their lives because they were so focussed on taking selfies that they lose their balance and fall to their deaths. And this is not a peculiarly Indian phenomenon as Wikipedia tells me.

Sometimes technology initiates problems unforeseen at the time of invention.