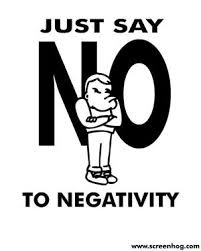 My regular readers will recollect my post on pessimism and optimism and the very interesting discussions in the comments on it.

One of my regular readers, who would rather direct his comments to me by hitting the reply button on his email program when he gets my posts by email, even suggested that I should call myself a pissimist for using the cartoon! Some people have an odd sense of humour. Anyway, to satisfy him, I have included another cartoon here.

For some strange reason, optimism seems to be a favourite topic of the season. There is another review in the NYT today which makes for interesting reading, though I do not intend buying that book. I have enough backlog pending to be read.

“An optimist stays up to see the New Year . A pessimist waits to make sure the old one leaves.”
~ Bill Vaughn.

In that case, I am constrained to invent a new word – Pessoptimism to describe my present condition.

Because, I stay up for both nowadays. I just have to replace the word Year with Situation. The pessimist in me has to win as a precondition for the optimist in me to come alive.