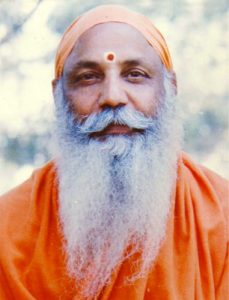 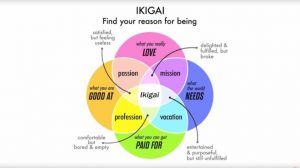 The Japanese have a word for this – Ikigai.

Try as I might, I cannot find this particular type of Reason For Being at my present age of three score and fifteen. What possible reason can motivate me to get up in the morning to face another day? I often write about the impact that Viktor Frakl’s book Man’s Search For Meaning had on me some decades ago, and now struggle to find some meaning to his conclusion of the Western kind. He concludes “it did not really matter what we expected from life, but rather what life expected from us. We needed to stop asking about the meaning of life, and instead think of ourselves as those who were being questioned by life—daily and hourly. Our question must consist, not in talk and meditation, but in right action and in right conduct. Life ultimately means taking the responsibility to find the right answer to its problems and to fulfill the tasks which it constantly sets for each individual.”

Truth be told, what gets me up in the morning is simply that I cannot sleep after 5.00 am no matter how late I go to sleep because of habit ingrained from boyhood when a martinet of a father insisted that we got up when the crows cawed which was inevitably well before sunrise and day break.

Subsequently, I got into the habit of meditating and yogabhyas in the mornings which continue to occupy my time in the mornings but, those two activities are not the reason for my being.

I look forward to reading the morning newspapers and solving the crossword puzzles in them. Is that the reason for my being? Once I finish those very likeable activities at around 12.00 noon, what will keep me going? The prospect of lunch, the siesta that inevitably follows, the session at the computer to catch up with mail, facebook posts etc?

I wonder what the Japanese will suggest as a word for someone like me!

Which wondering brings me to the Indian philosophical approach to the same situation. It is called Purushartha or The Object Of Human Pursuit. Please do spend some time on the Wikipedia exposition on this concept so that, you can follow my take on life’s purpose in my current stage of development.

The four components, Dharma, Artha, Kaama, Moksha can be compared to a bracelet of three beads with Dharma being the holding string that holds the three otehr beads together. In other words, a morally lived life of acquiring means to enjoy the pleasures of life which hopefully will take one to a stage of satiety and the last stage of seeking freedom from the very essence of life, wanting! Moksha is the ultimate goal for Indians which can be obtained by learning and understanding the highest philosophical ideas. This process is called Shravanam, mananam, nidhidhyasanam, or, learining, understanding and reflecting on the knowledge gained. Quite a bit of my time is taken on this activity and so my Ikigai may well be Moksha!