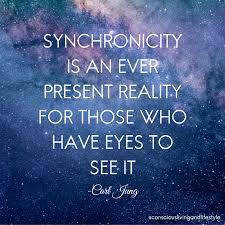 This story has its beginning a few weeks ago. I had asked my cousin who now lives in Tamil Nadu, the length of a South Indian dhoti to compare it with what we get here in Maharashtra where I live.

Instead of answering, he simply ordered me to accept two dhoties as gifts from him and that he will arrange to procure them and send to me. Naturally, I was delighted and gratefully accepted his gift which duly arrived.

During the same conversation, he asked me if I had an image of our Kuladeivam  (family deity) in my puja alcove. I responded with a no. He did not mention anything further but, I felt that now being the head of my rather dispersed family, I should have the same in my puja alcove and found a studio in Tamil Nadu who was capable of making one to my liking.

I ordered four of them to be sent to me, another cousin now resident of Maharashtra, my sister in Bengaluru and for the cousin who had asked me the question which led me to this activity. On being advised about this, the last on the list regretted that he would not be able to accept the gift as he already had one and had limited space in his retirement home. I therefore got left with one extra to my need.

Yesterday, I was in one of my periodic streamlining exercises and decided to part with a rare PDF spiral bound printed version of a very popular prayer. I offered it to a Vedanta classmate of mine who can read Tamil and she promptly accepted it. While I was getting it ready it occurred to me to ask her if she would like the spare deity too and she was overwhelmed. It turned out that we shared the same family deity and she too did not have the image in her puja alcove.

I sent both the PDF and the image to her earlier this morning and she is simply ecstatic.

I have been left wondering about the sequence of events that led to this development and can only come back to my favourite explanation “synchronicity”. My son Ranjan posted this on his Facebook page. I took a break from the computer to check my WhatsApp messages and a friend had sent me this clip from Mahatria Ra. 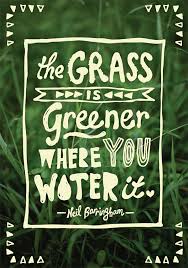 My readers know that I am a crossword puzzles buff and so this post should not come as a surprise to them.

They also know how much synchronicity plays its part in my life and so these two events closely following each other should not surprise them either.

An old friend who I had not seen for near four years came to visit me yesterday and brought this wonderful gift! You can also gauge the idea she has of my age as, she has very considerately got a book with larger print!

She left and within a few minutes, another friend who is aware of my passion sent me this clip. I hope that you enjoy the very British humour.

Readers of my blog posts know that I am blessed with regular experiences of synchronicity. Here is another experience.

Two days ago, I received a phone call from a friend who had emigrated to Australia and has just returned to India for a visit. Through another mutual friend he got my phone number and called me and chatted for about fifteen minutes.

The rest of the conversation is unimportant for this post but the one about my marriage is. He and his wife were regular visitors to our home before they emigrated as were we to their home in Bengaluru. On being informed that Urmeela had died nine years ago, he was quite taken aback and reminded me of how funny she could be about her relationship with me. He asked me how I had coped with the loss and on being told that I am now quite comfortable in my single status he suggested that I get married to myself. I thought that he was joking and let it pass. He subsequently sent me this quote from Douglas Adams through WhatsApp.  A measure of the liberties that old friends can take with each other.

Earlier this afternoon I got a reference to a BBC programme on Self Marriage and I was stumped at the coincidence. I called up my friend and asked him if this is what he had meant. He promptly confirmed that this is what he meant and that he was not being facetious. I immediately thought of sharing this with my readers.

Wonders will not cease will they?  I would rather be an idiot than go through the self marriage experience. There are other singles among my readers whose opinion I seek through this post.