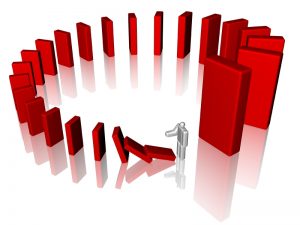 No, I don’t intend to bore my readers with Newton’s third law or the butterfly effect. I simply want to share a few stories.

I smoked cigarettes and cigars from when I was about thirteen years old till just a few years ago. I quit too late. I am now saddled with COPD. The last time I saw a pulmonologist was an event marked by humour for him and shock for me. He said that nothing can be done to reverse the damage done and that I had to learn to live with it. He said that it was a classic instance of the theory of karma manifesting itself. Smoking the cause and COPD the effect. He further added that I must have had a lot of good karma in my ledger because I escaped getting cancer of the lung. Thank God for mercies!

It is no big deal. I have accepted my condition and the limitations it puts on my life. I enjoy myself to the extent possible within the limits imposed on me by the condition.

And that brings me to the cause for that ability of being equanimous.

I started to meditate with TM when I was 35 years old. I graduated to a more rigourous technique called Vipassana when I was 41 years old and have continued to practice regularly since then. I have attended many retreats and have read widely on the benefits of meditation and can vouch for its efficacy in my personal life. Cause – Meditation, Effect – Equanimity and joyful living.

One more story and I will conclude this weekly Friday LBC post.

I met with an accident that damaged both my hip joints. That was the cause. Effect, replaced hip joints, causing wear and tear to the prostheses, resulting in revisions and so on. Another effect, I have been using a cane / walking stick since 1981.  It has its advantages as younger folk seeing me with my cane defer to me in queues and even offer seats!