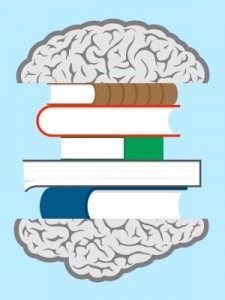 A few days ago I read this gruesome news item which led me to a long lost friend.

The suburban railway station Chetpet mentioned in the report brought back memories of a friend with whom I had lost contact after an accidental meeting in 1964.

Let me start at the beginning.

SK and I were classmates between 1954 and 1958 and the school we studied in was adjacent to Chetpet station.  SK’s home was also close by along the railway tracks. I had often gone to his home during lunch breaks and have very pleasant memories of his mother fussing over both of us and feeding us. In 1958 both of us got our school leaving certificates and moved on in our separate ways. I went off to Hyderabad while SK stayed on in Chennai then known as Madras. By 1965 when we again met accidentally on a main arterial road of Chennai, we had both been in employment, SK as a banker and I as a salesman. During that accidental meeting, both of us retired to a famous restaurant on Mount Road in Chennai for some coffee and catching up with each other. We parted ways again with me going off to Ahmedabad to Business School and he to continue his career as a banker.

Reading about the Chetpet station assault brought back memories of SK and I decide to see if I can reconnect with him and asked some banker friends in Chennai for help. Nothing was forthcoming when I remembered that my cousin SS was also a banker who spent his initial years in the same back as where SK was working. I contacted my cousin who in turn referred me to another ex colleague SV, who fortunately, had retired to live in Pune where I live. SV gave me a telephone number and suggested that if that was not the same SK that I was looking for he would at least be able to help me find my friend’s where and / or what-abouts.

I called that number and was totally zapped to find that it was indeed my old classmate SK on the line and after 54 years both of us caught up with each other with the assurance that we would be in regular touch now that social media makes it so easy.

The Topic of this post however is to express my amazement at the two instances of remarkable memory.

When I rang up SV as suggested by my cousin, I introduced myself by name and before I could say anything else, SV promptly said “cousin of SS from Bombay”. Apparently, when my cousin was in Bombay in the late sixties when I too was there for a few months undergoing training with my employer then and he and SV were in the same branch where he had met me once. And that was in 1967 and he remembered the name after 52 years!

When I reestablished contact with SK and said that we last met in 1965 he said yes, he distinctly remembered the occasion, the name of the restaurant where we had coffee and he particularly remembered my having black coffee which was unusual in Madras of those days where the famous degree/filter coffee was and is the more popular option.

Do you now see my exclamation in the topic of this blog post? Amazing is it not?

When he died, my brother Arvind in Chennai took out an obituary classified advertisement in the leading newspaper of the South, The Hindu. This was done as before he came to stay with me for the last four years of his life, he had spent the years 1975 to 2008 in the South.

Let me quote Arvind about the comedy that unfolded three days ago.

“I just got a phone call from The Hindu. The chap who spoke to me recalled an obituary ad that I had placed four years back on the death of my father the late Dr. K. Rajgopaul.
I asked him as to why he is bringing this matter up now after four years. He said that if I want to repeat the ad now, I will get a rebate of 10% on the cost of the ad. I burst out laughing saying that for the sake of a 10% discount, I can’t resurrect my father after four years and make him die all over again. And he had no answer for that.”

The comedy continued yesterday and Arvind had this to say.

“That bloke from The Hindu called me again yesterday. This time, he was quite clear that he was soliciting an ad for the fourth death anniversary of Appa. I advised him to let the dead be at peace with themselves and no point in stirring up memories. He didn’t relish it.”

Writers are popping up from everywhere in my life!  I am not talking about fellow bloggers like Maxi and Holly who are published authors, but, I have had fellow alumnus Shilpa and my sister Padmini publish books in the recent past and my dear friend Rasheed has just announced his e-booklet Life – Its – A – Trip being launched on the 11th inst.

Now, my brother in law has just got an article published in South India’s venerable old warhorse The Hindu.

Since I have already written about the two lady writers earlier, let me add something more about the latter two gents.

I had the privilege of reading and reviewing Rasheed’s booklet and came away from it with great admiration for a life lived on his own terms. His anecdotes are interesting in the extreme and I only wish that he had written a few things about his school life before he went away to the USA. His booklet is worth a read for its very unusual theme and presentation.

Prof. N. Natrajan is married to my sister and is a versatile personality. He has acquired so many educational qualifications that I call him the Alphabet. He is a Civil Engineer by profession, who had very successful careers in our government as well as in the private sector and after retirement got involved in teaching gullible students the art of Project Management and now hardly finds time for his brother in law due to preoccupation with Arbitration work. He has written many letters to the editor, but I think that this is the first time that an article in its full form has been published in a newspaper. To him, I say, come to Pune to see how Senior Citizens are treated by the young and also to experience our Autorickshaw men and women.

There is another young man in my life with who all my readers are familiar Pravin, who in his enthusiasm to persuade me to write a book and get it published addressed me as Dear Vegetable instead of Dear Venerable and blamed auto-correct for that inadvertent truth. I would not be surprised if he is writing a book, though with his recent marriage, he may have diverted his attention to other matters of more importance. Just about every visitor to India has said that India is a land of contrasts and most of them do not stop with that and go on to use many other adjectives.

For the purpose of this post, I shall restrain myself to the one about it being a land of contrasts.

The Hindu, one of India’s oldest newspapers has these two article in the same issue.

Muslim Girls Can Marry At Fifteen.

Do I need to elaborate? If I do, I will promptly be called a Hindu fundamentalist with anti Muslim biases. So, I leave my readers to come to their own conclusions.