My fellow Friday 2 on 1 blogger Shackman has suggested this week’s topic as “Time For Some Fun” and gives three topics. Please go over to his blog to see what he has to say about this topic.

The first one is very simple for me. It is this poignant song that has been a ear worm for me for decades.

The next one – Most overrated book/series.

For me, it is a no brainer. It is How To Make Friends And Influence People. . In my not so humble opinion, it is the most superficial way to establish relationships and not for long term ties. The less said the better about this book that made many people snake oil salesmen. 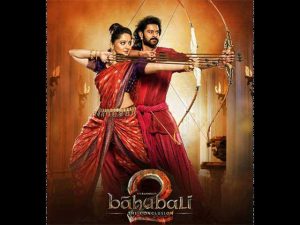 The last one – Fave movie in the last year. For me it was Baahubali 2: The Conclusion.

Welcome to the Extra Special LBC (Loose Bloggers Consortium) post when the still surviving five members of the consortium have decided to write a post each based simply on this photograph.

The other bloggers are Ashok, Conrad, gaelikaa and Grannymar. The blogger to come up with the idea? Yours truly.

The idea came when I saw the picture which was to advertise an Insurance Product, with the copy reading “Anything can happen in life!” Like many other things that happen synchronistically for me, at that time, I was reading a fascinating book and the temptation to blog combining the two was irresistible. Then the clown in me took over and I thought why not get four other approaches too. So, here is mine. Nothing original. I am no Procrustes. Just putting pieces of published information together. The ending flowed automatically from my memory bank.

I choose “The Eternal Triangle” as the title for this post.

“People have many reasons to lie when asked whether they have committed adultery.
That’s why it is notoriously difficult to get accurate scientific information about
this important subject. One of the few existing sets of hard facts emerged as a
totally unexpected by-product of a medical study performed nearly a half a century
ago for a different reason. That study’s findings have never been revealed until now.

“I recently learned those facts from the distinguished medical scientist who ran
the study. (Since he does not wish to be identified in this connection I shall refer to him as Dr. X.) In the 1940s, Dr. X was studying the genetics of human blood groups which are molecules we acquire only by inheritance. … The study’s research plan was straightforward: go to the obstetrics ward of a highly respectable U.S. hospital; collect blood samples from one thousand newborn babies and their mothers and fathers; identify the blood groups in all the samples; and then use standard genetic reasoning to deduce the inheritance patterns.

“To Dr. X’s shock, the blood groups revealed that nearly 10 percent of those babies
to be the fruits of adultery! … There could be no question of mistaken maternity: the blood samples were drawn from an infant and its mother soon after the infant emerged from its mother. A blood group present in a baby but absent from its undoubted mother could only have come from its father. Absence of the blood group from the mother’s husband as well showed conclusively that the baby had been sired by some other man extramaritally. The true incidence of extramarital sex must have been considerably higher than 10 percent … since most bouts of intercourse do not result in conception.

“At the time Dr. X made his discovery, research on American sexual habits was virtually
taboo. He decided to maintain a prudent silence, never publishing his findings, and it was only with difficulty that I got his permission to mention his results without betraying his name. However, his results were later confirmed by several similar genetic studies whose results did get published. Those studies variously showed between 5 and 30 percent of American and British babies to have been adulterously
conceived. Again, the proportion of the tested couples of whom at least the wife had practiced adultery must have been higher for the same … reasons as in Dr. X’s study.”
~ Jared Diamond – In “The Third Chimpanzee”

I wonder what would happen if the same studies are undertaken in all the countries of the world!

Just to get a bit nostalgic, here is something, young broken hearted men of my generation used to sing. Chuck, I dedicate this to your spectacular memory! Please turn on the speakers.