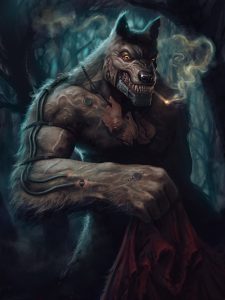 I was teasing a friend on Whatsapp for his ideology and he responded with “I know that you are chavifying me….”

I bet that none of my non Indian readers can decipher that, and perhaps some Indians too!

Let me explain. Adding the fy at the end of a word is to signify an action explained by the first part. In English for instance, if you say nullify, it would mean that the action makes whatever has happened null and void or whatever. Other words such as diversify, intensify, exemplify, indemnify, demystify, personify, speechify, electrify etc, come to mind.

We Indians simply take Indian language words and add the fy to achieve the same result. Tamilians are particularly fond of doing this.

In the case of my friend’s comment in the first paragraph, chavi means a key. Particularly a key that is used to wind up things like clocks, mechanical toys etc. What my friend meant to convey was that he was aware that I was winding him up.

There are many other words like this and some are given below.

Ragdofy – To make someone slog.

Khichdify – Khichdi is a mixed dish with rice, lentils, nuts etc. In other words, make a hash of things.

This has become so much part of the Tamil culture that a very popular song has been written around it. Kalaachify in the title means, mix it well. This very thing happened to me yesterday.

The same friend who was bored, and I were chatting on WhatsApp about earth shaking matters like The New Gilded Age when suddenly he asked me if I played online quiz games.

A little background – my friend who is also a cousin twice removed, and I lost touch with each other following my leaving Chennai in 1958 and have reestablished contact only since the last few years during one of my visits to Chennai. We are yet to catch up with many things that happened to us during all those years and we are in the process.

After that question the discussion went something like this:

The topic then wandered off to his own marriage and forwarding of photographs etc. He diplomatically did not agree or try to persuade me to try to play the game though he sent me an exchange he had with another player against whom he had won a game.

He must have felt that otherwise, such intellectually stimulating chats will come to an end! I suspect that he realised which side of the bread was buttered and dropped the subject.

And that brings me to this lovely story.

Two sages of Chelm got involved in a deep philosophical argument.

“Since you’re so wise,” said one, sarcastically, “try to answer this question: Why is it that when a slice of buttered bread falls to the ground, it’s bound to fall on the buttered side?”

But as the other sage was a bit of a scientist he decided to disprove this theory by a practical experiment. He went and buttered a slice of bread. Then he dropped it.
“There you are!” he cried triumphantly. “The bread, as you see, hasn’t fallen on its buttered side at all. So where is your theory now?”

“Ho-ho!” laughed the other, derisively. “You think you’re smart! You buttered the bread on the wrong side!” My irrepressible nephew Jai sent this image on WhatsApp to all members of our family with the caption “The Story Of The Rajgopauls”.