A friend, more or less a recluse preferring his own company or just a few close friends of long standing got enmeshed in an avoidable situation. His colleagues from the organisation where he used to work had formed a WhatsApp group and he was not even aware of it. Someone in that group suddenly woke up to the fact that he was still alive and posted a request for contact details from anyone who was in touch with him. One unsuspecting colleague gave the phone number and the problems for my friend started.

First the man who asked for the details called him and insisted on sharing details of his past connections and present where and what-abouts and spoke for more than half an hour. This call was followed by a few others in quick succession, all insisting on holding forth on nostalgia as well as updating to the present.

My friend was getting desperate as he simply wanted to be left alone. He finally had to tell the last caller to request people on the WhatsApp group not to disturb him and finally the calls stopped yesterday.

He called me this morning  to share this misfortune with me. I suggested that his old colleagues were simply bored with the present status under lockdowns and were looking for listeners to converse with. He agreed but, asked me why choose him when he was not in touch with any of them for decades. I suggested that perhaps it was because he is a good listener and the callers had run out of people to call to have chats. He was calmed and we disconnected.

After the call was over, I realised that this conversation took all of 35 minutes of my time.

I patted myself on my back for being a good listener too. 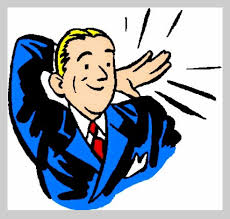 10 thoughts on “The Art Of Listening.”